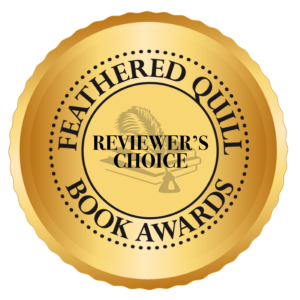 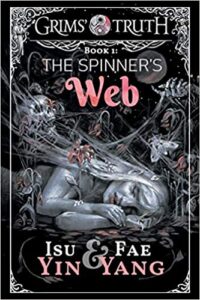 A birthday celebration turns debase for seven-year-old Princess Cruentus Fate when Cruentus Neco, her father and the king of Macellarius City, sells her to a brothel where she will be primed and auctioned off to Neco once she turns sixteen. Fate’s distress over the drastic change in her life slowly disappears when Fortuna, the headmistress known as Madam, encourages her to bond with “her sisters,” the other girls in the brothel. Through them, Fate learns they are all a part of the Fortuna’s Rebellion, her way of protecting the girls from the corruption in the Empire of Mu. Later, a visit to Prince Abyssus, Fate’s brother who’s being held captive in the palace, provides her an eye-opening moment when Abyssus reveals through his scrutinized research Neco’s true identity and why Fate and he have been targeted.

Around her twelfth birthday, Fate receives a gift—a book on folklore—from Prince Hero, Abyssus’s close friend. Fate’s curiosity about the book’s cryptic messages leads her to sneak out of the brothel to see Hero and inquire why he gave the book to her. Since the visit goes oddly well, considering that he’s from a different ancient clan, Fate plans to win his affections to make her his queen once he becomes High King. But in the meantime, Fate needs to develop skills to protect herself, especially from Neco. Fortuna gets Hero involved two years later to teach fencing to the brothel girls. As she turns sixteen and the auction becomes a reality, Fate has no idea all that will unfold once she leaves the brothel.

Rising authors Isu Yin and Fae Yang are a force to be reckoned with. The highly imaginative duo has turned their fantastical dreams into actuality, creating The Spinner’s Web, the first of many (an ambitious plan of sixty books!) in a riveting new Grims’ Truth series. Replete with an authentic-looking map and a reference guide, The Spinner’s Web unveils a tale about a princess who desperately seeks ways to escape a life that has fallen victim to a corrupt empire. Critics may be quick to assume that Yin and Yang have produced another good-vs-bad story, but don’t be fooled. The authors’ relatable main and supporting cast are well developed as they are evasive, leaving readers getting only a glimpse of what may possibly lie ahead.

Fantasy aficionados have plenty to wrap their heads around, learning about Royals, Breeds, Ancient clans, and more. The Spinner’s Web opens with a dark and mysterious scene before launching into an unrecognizable realm—barring possibly Tir Na Nog—all steeped in unimaginable folklore. Yin and Yang’s short chapters, complete with richly detailed descriptions and engaging dialogue, seamlessly connect scene after scene of twists and turns while Fate, their main character, grapples with information that is both intriguing as it is terrifying while dealing with a flurry of frightening dreams—a clear indication that she is something more than the Royal she believes herself to be.

Quill says: The Spinner’s Web is the beginning of one spellbinding series with high Silver Screen potential.