Today, Feathered Quill reviewer Amy Lignor is talking with Bernie Freytag, author of Find Wonder in the Ordinary: A Kid’s Book for Adults.

FQ: Congratulations on winning The Feathered Quill award for Best in the Animal/Adult book category! How did you feel when you heard about the accolade?

FREYTAG: Honestly, my jaw dropped. I really didn’t expect this. It truly shocked me. To the point where I didn’t tell anyone about it for a couple days. Haha! I wanted it to sink in. Bask in it. I’ve had some decent success with the book in my area since it was released, but being recognized within the industry like this truly justifies a lot of the hard work. I’m honored and grateful for the acknowledgment. I’m simply at a loss for words and can’t thank you enough.

FQ: Please tell readers how the idea for this amazing book first came about.

FREYTAG: The idea was probably born about 20 years ago, and that’s somewhat laid out in the first chapter of the book. But it was only an idea at that time. It grew from that little idea to basically my lifestyle and how I view life. It wasn’t until about a year and half ago that I saw it as a book. The “idea” had a major turning point when I had what I could only describe as a "spiritual awakening." I know that sounds crazy, but it was a specific moment where I suddenly saw the world differently. More connected. A wholeness. And the book grew pretty quickly after that moment. I’ve always been a visual artist, but I think that moment somehow gave me the voice to write. I mention this particular moment very briefly within this book and have been toying around with the idea of describing that “awaking" in much more detail in my next book.

FQ: Your drawings/artwork in this book are just as memorable as the words, themselves. Can you share with us a bit in regards to your journey as an artist? And, perhaps, how the art may have played a part in writing the book, itself?

FREYTAG: Thank you! The drawings are a huge part of me and I’m glad you asked about them. I’ve been drawing and creating since as early as I can remember. Drawing is the one thing in my life that keeps me in check. It Balances me out. It’s very much my own type of meditation. Writing is as well. And Daydreaming. And Music. Haha, I’m getting off track. Anyway, drawing for me is an escape. A way for me to go to a place where anything is possible. Just the power of the brain. And it’s a way for me to feel like a kid again. To regain that perspective. Very often if I’ve had a stressful day, I’ll go home and draw and everything else just fades away.

As for how the art played a part in the book? I’m sure I could analyze the crap out of that question, but at the simplest level, I wanted the book to be entertaining. I tell people quite often that for me, the book is a bridge between entertaining and enlightening. Silly and serious. I didn’t want the book to be too serious in nature.

FQ: If you had to name one, what would be the one thing – the one lesson, perhaps, that you would like readers to take away from this book?

FREYTAG: Wow, that’s a great question and a tough one to answer. But I think the answer is in the title of the book. Find wonder in the ordinary. There’s wonder in every second of every day, but it’s up to us to notice it. Or to find it. Or wait for it. Wander around and let it find you! I guarantee if you walk outside in any type of weather you will find wonder in something. Kids do it all the Time and it’s such a gift when us adults capture that same feeling.

FQ: It would be interesting to know that if you had a chance to have dinner with any author or artist, from any time period, who would be sitting across the table from you and what would you most like to discuss with them?

FREYTAG: There are so many artists I would love to sit with. Van Gogh, Picasso, Monet...but I’d also love to sit with some cartoonists like Gary Larson creator of The Far Side. Or Bill Watterson creator of Calvin & Hobbes. Or Charles Schultz creator of Peanuts. If it was more of a traditional artist, I may pick Salvador Dali. I think that would be a hell of a dinner. His work was grounded within his subconscious so I’d be very curious to know how he tapped into that creatively. Hmmm, I guess I didn’t pick one. Haha! I was never great with rules.

As for authors, I would only pick one, Stephen King. I’ve always been a fan of his and it’s not for his work in horror, but more his work as a storyteller. I’d want to know how he conjures up so many stories, so many ideas...in such a short period of Time. It seems he has a connection with some sort of supernatural power or something, so that’s why he writes about those things...or maybe he’s just working a larger percentage of his brain, which also would make for a great dinner conversation. A second choice maybe Elizabeth Gilbert just to talk to her about her book Big Magic. A book about how creativity works...or how she thinks it works. Which I believe in something very similar.

FQ: Are you interested in writing in another genre one day; if so, what would that be and why would you like to take on that endeavor?

FREYTAG: I think I’d love to write a book of fiction someday as I think it would exercise the same types of feelings I have about drawing, but I just don’t know when I’d have the Time. Seems like a ton of work. Though I wrote a very short story of fiction a while back and it would be interesting to take that further. It was kinda funky to create a whole scenario from scratch and I’d be very intrigued on where that would lead me. But, I think since I’m such a visual person, I’d have to figure out something with drawings, too. Maybe a graphic novel or something, but again there’s the Time thing again.

FQ: Your book is so many things – from reflective to self-help to inspirational – was it difficult to get through the process of writing this creation? Was there ever a point that brought about writer’s block for a time, and, if so, how were you able to get by that and move forward?

FREYTAG: Thank you! Overall, the writing came quickly and I was lucky in that respect. I wrote the whole things in about 9 months, so I sometimes say it was like birthing a baby. Haha! I will say that I set myself some goals with dates, and those were thrown away as it simply wasn’t done until it was done. Also, there were two times during that process where I traveled and afterward I would write something new (or rewrite something). The entire chapter on Clouds was rewritten after a trip to Ireland...and there’s actually an interesting story about a lot of the smaller drawings in the book being created on the same trip. Travel always initiates something creative for me and it’s not any coincidence that a lot of the stories in the book are about traveling.

FQ: Readers will want to know, as do I, what you’re working on at the moment and what we should be keeping our eyes out for in the future.

FREYTAG: Right now I’m gathering up ideas for something that most likely will be a follow-up to this book. But that could Change. I’m not going to give much away as far as the content but I think it’s really going to be interesting if what’s in my head is what is eventually produced. Though I did give a little bit away in one of the previous questions, that’s a pretty small part of it. Anyway, I just hope it doesn’t take another 20 years! Haha!

FQ: Thank you so much for the amazing book. It really is one of those rare few that has a place on my bookshelf because I will want to read it again. And congratulations on winning. Your book definitely deserves the honor! 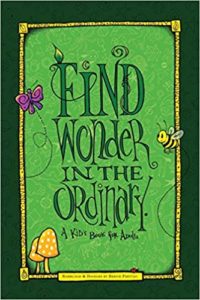