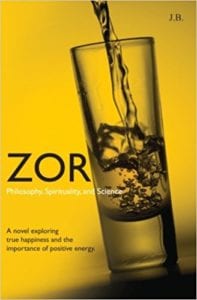 This is a book that really gets to the heart of the values and beliefs taught since, in some cases, the beginning of time. Whether social, cultural, or religious – fundamental beliefs are passed down from generation to generation with the unfortunate downside being that people end up living in a prepackaged box that their forefathers built.

In this deeply intellectual novel, readers meet Jonathan Brewster. Mr. Brewster is what you would call a run-o’-the-mill, “normal” middle-aged man with a job in corporate America as a money manager. Jonathan comes from a long line of Brewsters. In fact, his ancestor was a seaman turned entrepreneur who began to build the Brewster Empire in 1778, which is now the setting for the diamond that is Brewster Capital.

Jonathan had a wonderful upbringing. His father was truly his hero and the relationship between the two was more than heartfelt. Dad’s brother, Uncle Ernie, however, was a real jerk who always wanted to be in charge of the “bottom line” as far as the Brewster’s millions were concerned. As Jonathan grew up the only argument he ever seemed to have with his father was when he chose to go to Boston University instead of Harvard – where the long line of Brewsters had made their home. But as Dad conceded, Jonathan found himself in a fantastic school with good friends, and had the luck of meeting his Mary who would become his beloved wife. Between growing up in the time of Nixon and ‘Nam, and watching a country build new paths for gay rights, women’s equality, and the eradication of racism, Jonathan and his friends were a part of American history that promised that the worst was over. As Jonathan geared up to go into the Peace Corps after graduation in order to help and change the rest of the world, his father got into a bit of trouble at Brewster Capital. Old Uncle Ernest had decided to pull a coup, so to speak, and get the shareholders to vote out his Dad and vote Uncle Ernie into place.

Jonathan feels the family spirit inside him and puts off the Peace Corp in order to help his father remain the head of Brewster Capital and get Ernie to disappear. Of course, with all decisions come consequences, and Jonathan soon finds himself married to Mary, living in a fancy home, making good money, and sitting at a desk inside the four walls of his father’s company.

Time creeps by. One day Jonathan enjoys a walk in Boston’s Public Garden, and comes upon a small man – a dwarf, really – being antagonized by a couple of teens. As quietly and calmly as possible, the small man extracts himself from the altercation and moves on. Jonathan is amazed at the ease of this man’s gait and introduces himself. Soon, he and Zor become acquainted and Jonathan finds himself listening to Zor speak about ch’i and the consequences of accepting negative energy.

Every night – right on schedule – Jonathan goes to Jack’s, his favorite hang-out from his college days, and sits and nurses a few drinks before going home. Soon Zor begins appearing in the bar and the conversations that the two characters have are beyond interesting, and will have readers engrossed in the various aspects of spirituality and science. Zor comes across as a man who wants to help Jonathan reinvent himself – find the enjoyment and positive energy that is missing from his life. Jonathan, like most other people who are stuck in the “box” in which they live, feels that there is nothing wrong with his life – yet as he gets further into their conversations he realizes that even the dinner talks with his wife have become scheduled and uninteresting.

As the author delves into many different suggestions – everything from hypnosis to mind frequencies, to Sir Isaac Newton’s burial of creativity and art with his “reductionism” and science – almost every aspect of past, present, and future processes are gone over at Jack’s bar. Touching upon the heavy weight that stress and tension are placing on almost every human nowadays, the day-to-day happenings of life seem to deny humans true personal happiness. Whether or not Zor is in Jonathan’s life for “good” or “evil” purposes is slowly unveiled throughout the book, offering readers not only a work of philosophy but also a very compelling story of a man who is trying to restructure his life and change his future.

Quill says: There are many different theories discussed in this novel that readers will be able to relate to in one way or another. Zor is an interesting character and the author offers up some extremely good lines that really strike a chord, such as, when you stop chasing your dreams all that’s left are the nightmares. Very powerful!

For more information on ZOR: Philosophy, Spirituality, and Science please visit the author's website at www.gotozor.com