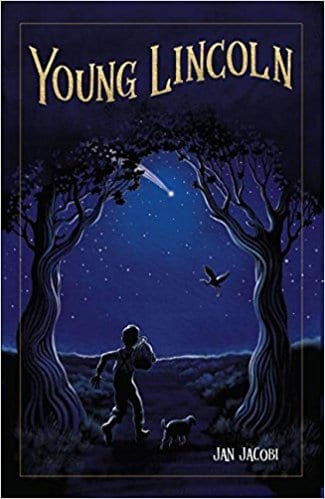 As Abraham Lincoln was growing up in Kentucky, he faced a number of hardships that helped to shape who he was as a person. At two years old, Abraham and his mother, father and sister were living in a one-room cabin. As you can imagine, they didn’t have much to eat, their clothes were ragged and the resources were scarce. Abraham’s father was uneducated, being unable to read and barely able to write his own name. He worked as a carpenter and he did odd jobs to help them get by, including farming, although he wasn’t very good at it. There were many hard times, including the passing of Abraham's baby brother, but the family always seemed to pull through.

When Abraham turned 7, he and his family moved to Indiana, away from anything he had ever known. His father had connections there and they were able to get by, although resources were just as scarce, if not more so, than in Kentucky. Things appeared to be looking up until disease came and people began dying - including Abe’s mother. For a time, Abe’s father left to go to Kentucky, and when he returned, he brought with him a new wife. This is where we begin to see tension build up between Abe and his father, because his father's new wife was educated and wanted to better Abe. Abe and his father begin to go head-to-head about Abe working on the farm and helping the family earn money. Abe instead wanted to read books and further his education, but his father stated that his son's lot in life was to take over the farm and do just as he and his ancestors had done. This was not what Abe wanted, and it begins to cause a rift between father and son that was never resolved. This led Abe on a quest to find his place in life, which brought him to New Salem, Illinois. In New Salem, he began to get a taste of politics, law and belonging like he’d never known and it also began to shape him into the person we knew as our 16th president.

Separated into two parts, one detailing his life in Kentucky, Indiana and Illinois, and another about New Salem, Young Lincoln is very easy to follow. We can feel the stress of his daily life and the tension with his father and we are also able to sympathize with his troubles, which helps to draw interest in how he may overcome these obstacles. The way Jan Jacobi writes of Lincoln allows students and young adults to fully understand what his life was like well before his presidency. Not only does this help them see a different side of the former president, but it also helps them see that great things can truly come with hardship. It could serve to give students and other young adults hope that they, too, no matter how their life is currently, can turn themselves into something greater than they could have ever imagined. Overall, this was easy to read and understand, while leaving you wanting to learn more about Lincoln. I hope there will be a sequel and that more will be written about other historical figures.

Quill says: This is the perfect book for Young Adults to explore the early life of a past president that they may never have known otherwise.