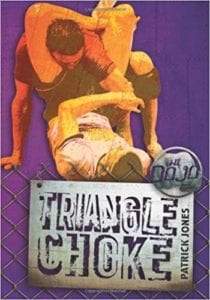 Mixed Martial Arts (MMA) appealed to fifteen-year-old Hector Morales big time, but he had to convince his parents to let him train. Mr. Hodge’s Missouri MMA dojo could probably use a middleweight striker who’d learned from his father when he was young. That same father had pulled away from the family when he started pulling on that beer. There was a lot of friction over the possibility of Hector becoming a fighter like his father, Victor. When Victor claimed that his “parents squashed my dreams,” it looked like the MMA dojo was in Hector’s future. After a couple of years into training, he was getting ready to fight his first amateur bout in the cage.

Hector once had a father, a best friend, and a girlfriend named Rosie, but all of that had somehow drifted away. Now he had the dojo and the best fighters, Nong, Meghan, and Jackson, had become a part of his life. “The cage is hard, cold, and unforgiving,” Hector thought to himself, “Just like I’ve become.” Those “fast and furious” hands could just take him places one day, but in the meantime he had to practice. He worked at a garage to make money for the tuition. Hector would work full-time when he got out of school and could hardly wait to get into that cage when he hit eighteen.

Their dojo was going to be going up against the MMA Academy. Hector was all psyched about fighting a new opponent. That was until he learned who he had to fight. It was Eddie Garcia, his one-time best friend who had stolen his girl, Rosie, right out from under him. Nong Vang was way confident that he was going to win his bout. “Just wait until we spar with those guys. I’ll show all of you I’m ready.” Yeah, Nong figured he’d be on “Fight Night” and into UFC before any of them. Hector’s first amateur fight and the UFC all seemed so far away in comparison to what he had to deal with. Could he really face Eddie like a man or was he going to wash out?

This is an exiting new series about MMM that young readers will love. Mixed martial arts has been increasingly popular with people of all ages. Hector is struggling with personal issues, including ones that threaten to tear his family apart. His personal struggles don’t overwhelm the story, but instead are woven in quite nicely and add to the plot. Young fans will learn a lot of hints when Mr. Hodge instructs his students by saying such things as “You use your opponents’ aggressiveness against him.” It wasn’t action-packed, but has a nice flow and is of high interest. This short story will appeal to all kinds of readers from the reluctant one to those interested in the sport.

Quill says: "The Dojo" is an exciting action-packed new series young MMA fans and reluctant readers will be drawn to!