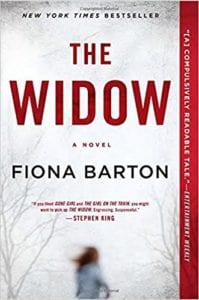 It was all over in an instant, really. Glen just stepped off the curb and was run over by a bus. Later his wife shed a tear of two, but it was all a bit of fluff. “I was glad he was gone,” she thought to herself. “No more of his nonsense.” There was all kinds of nonsense like the fact that he had been “living in a fantasy online universe.” Porn. He’d even been sacked from his job at the bank, for God’s sake. Jeanie used to think she knew him, but sometimes she wondered about him. He was the proverbial older man who swept her off her feet and took her for his bride in 1989. Instead of being a bride and having to put up with all that nonsense, Jean Taylor was now a widow. Fancy that.

Glen was a simple driver, and Jeanie was a hairdresser for Hair Today. It was a comfortable enough life before all that nonsense. The worst of it began when Dawn Elliot lost little Bella. “She’s been taken,” she cried out to the 999 operator. “She’s only two.” Baby Bella and that online life would be the ruin of them. Glen’s Qwik Delivery van had been spotted over near Manor Road in Westland and that was the end of their nice little life. Jeanie had lied a bit to Deputy Inspector Bob Sparkes, but it was only a little one. The biggest lie was that everyone thought Glen had reached over the wall and picked up Bella, but it was really her mother’s fault for not watching her.

It was a relief to not have to bother with all that nonsense because frankly, Jeanie was tired of having to “keep his secrets” as well as her own. It was too much, really. Kate Waters, a reporter from the Daily Post, just walked right in and rather took over where Glen left off. She whisked her off to a hotel to get the “story of a lifetime,” but was there anything left to say? Waters and Sparkes were certainly tenacious and would never give up. Sparkes figured that Glen was a “man with an answer for everything.” Perhaps he did, but Jeanie didn’t have answers for anything. On October 2, 2006 it all began, the beginning of the end for Glen and his now widow, Jeanie. Was she covering up for the man? Glen was always directing the show, but now he...just...wasn’t.

Fiona Barton is the type of author I could certainly become addicted to in a big way. Every chance I got, I grabbed the book, whether it be for a snippet or a few chapters. The Widow isn’t a psychological thriller in the sense that there was a frightening experience behind each door, but rather one in which the characters offer up their lives for examination. Just who were Glen and Jeanie Taylor? The suspense of not knowing what happened to Baby Bella made this one into a page turner. The development of the story reminded me of Sinclair Lewis and his ability to dissect the human psyche and serve it up on a platter. It wasn’t until the last pages that I was gobsmacked with the realization of just who the Taylors were. An amazing thriller for a first-time author.

Quill says: If you love the excitement, the allure of a psychological thriller, Fiona Barton’s Widow will make you wonder about the couple next door!