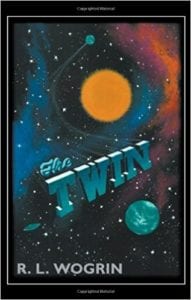 We begin our tale sitting on board a ‘special’ shuttle that is bringing supplies into outer space. No, this is not Apollo 13, or a Star Wars wannabe - the people on board the shuttle Galaxy are as normal as the rest of life on Earth. This is the new space program that has replaced the historical NASA program, and Commander Jonathan Raney - who has been in service for thirteen years - is taking the reins and heading to the first of five space stations that has been built to deliver supplies: Space Station Able.

While the mission is going well, out of the blue a red light begins to blink on the control panel and the Commander can feel a tingling sensation. Not knowing what it is, he speaks with Houston Space Center and they begin a full-systems check to try and fix any problem before it becomes a major problem.

Unfortunately, the problem gets far larger and the people on the Galaxy find themselves in serious danger - floating out in space with no way of getting home. Inside the shuttle is Larry Ballard, Flight Engineer; Joe Gibson, Captain and Co-pilot, and the Commander’s best friend; Kitty Fairing, Communications Officer, who is married but has no desire to stay in the dull and lifeless marriage; and a Cargo Officer named Milt, who likes to keep people calm and is extremely endearing.

Because the group has to rely on each other for support, help, a shoulder to cry on, etc. - the personal lives of each one of the characters begins to appear, causing more than one rift in their well-built relationships; especially the Kitty-Joe-Jonathan love triangle that soon rears its ugly head.

However, instead of finding the certain death that they expect, the crew find themselves waking up in a new shuttle surrounded by a new crew going to a new planet; apparently they are headed to Earth’s ‘twin’ which is located on the other side of the Sun in the same orbit as Earth which is why it has stayed hidden for all time.

The ‘twin’ is called Kaldea, and the Kaldeans are just like normal humans except for the fact that they live in a much more advanced society. As the crew of the Galaxy get appointed Kaldean guides to help them and watch over them, the Commander soon finds out that they have walked into rather unfriendly territory and he must find a way to get his crew safely free from these new ‘people’ before they get locked into an all-out war.

As the author blends paranormal/science-fiction with a bit of romance and serious personal issues between the crew, the reader will find positives and negatives throughout the book. (i.e., the seductress, Lani, is a highly interesting character, although some may find Kitty more than needy and a little annoying at times.) All in all this is a solid plot with sub-plots of drama, passion and romance to keep even the non-sci-fi lover intrigued.

Quill Says: An interesting look at a civilization, technology and points of view that are becoming more and more real in our daily lives.