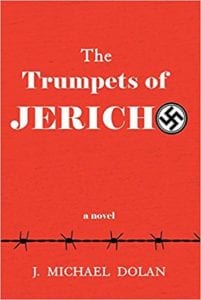 Roza Robota. Chances are high that you do not recognize that name. After reading this incredible book, however, that name and others will be ingrained in your memory as you wonder why on earth you’ve never heard of them before.

We begin in a train car...a horrific scene where people are mashed together with less room than a herd of cattle would be given. Riding the rails, most are wondering when the journey will end and they’ll be brutally murdered. It is the autumn of 1942, and we meet Noah Zabludowicz and his family members on this particular train. Noah is a young man striving with all his might to believe that the train has continued on its path toward this new “death camp” called Auschwitz for a purpose; hes praying that the people he loves are still breathing because the Nazis have an actual use for them.

As the train moves forward, Noah thinks about a moment that changed his life; a meeting he had with his best friend Godel and Godel’s love, Roza Robota. The trio spoke about the Resistance growing stronger. How they wanted Noah to join the other rebels who were rising up against the hideousness of the Nazi plan. An underground newspaper had been established; people working to get out of the ghetto were fighting for their absolute right to live. This was the beginning. And as the train enters those well-photographed gates to hell, the need for that unbreakable will grows far greater.

Horrors occur: games being played by men who’ve erased the second syllable of the word ‘Mankind’ from their dictionary. Noah experiences a bit of luck in this world that brings him back into Roza’s line of sight. A new uprising, one that took its place in the annals of history as the 1944 uprising at the SS death camp Auschwitz, is what readers get to see, get to be a part of, as they meet the creators of the rebellion and the beasts who fought to bring it to an end. Key players, such as Kap Kaminski and his group are introduced. It is here that “The Trumpets of Jericho” are explained. People who wished to risk it all to stand up and fight are found; people who had jobs in strategic locations within the camp – from the crematoriums to the munitions factory – who are able to place their hands on everything the Nazi’s own. People who garner the rightful disdain or long-awaited praise they justly deserve come together as this book progresses. And when Roza is brought in to help, her confidence and strength causes her to become a true heroine with her own female friends aiding in the fight.

Even without the constraints of length, a review is not a large enough stage to deliver the numerous battles and journeys in this novel. Putting it clearly, J. Michael Dolan not only has done the exorbitant amount of research needed to tell this event to the world, but also has the innate talent to make tears fall when his characters speak of having even their names ripped from them and replaced with numbers tattooed on their skin to mark them as mere property. The author has the skill to make the skin crawl as the SS play games and uses torture in order to syphon the last bit of will from prisoners before ending lives by disgusting and embarrassing means. This author has most definitely placed on paper the highest moral values a human can have, while showing in full-color the maniacal levels one can and will sink to if choosing to follow beliefs that only Satan would have placed on the table as a choice.

Quill says: Do not miss The Trumpets of Jericho. This is the book that proves the human spirit is a very real entity that cannot, in the end, be destroyed.

For more information on The Trumpets of Jericho, please visit the author's Facebook page: www.facebook.com/TheTrumpetsOfJericho/