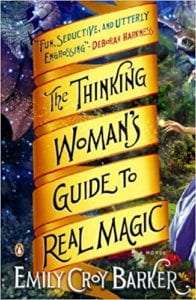 A quiet worry free weekend in the mountains was all Nora wanted as she traveled with her best friend to attend a wedding. Alas, a wedding was really not the place Nora felt was the best for getting over her own ruined relationship that still hurt her heart more than she wanted to admit. However, she was determined to make the best of the weekend. Her ex was not the only worry troubling her however, as her graduate studies were taking their toll and a career in the near future seemed more and more out of reach. Even with her best attempt to enjoy herself at the wedding all Nora’s efforts are ruined as she discovers her ex is there as well. Desperate to escape the hurtful memories he will be sure to bring up, Nora decides to take a walk in the woods and comes upon an intriguing graveyard. As Nora is busy looking at the graveyard a woman comes to join her and introduces herself as Ilissa and quickly invites Nora to join her at a party. Thinking that this party will be better than the one she just left Nora agrees and finds herself surrounded by the most glamorous people she has ever seen.

Instantly Nora is treated like royalty by everyone around her and without knowing becomes an honored guest in Ilissa’s house and the main interest of her son Raclin. In a matter of a couple weeks Nora finds herself falling in love with Raclin and overjoyed when he asks her to marry him. Everything seems perfect, almost too perfect but Nora feels so happy she forces those doubts down without a second thought until a strange man comes to her. His name is Aruendiel and he warns her about the deceptive ways of Illisa and Raclin and that she must not trust them. Before this stranger leaves he gives Nora instructions on how to reach him if she finds herself in danger.

Nora does not know at the time how true those words would be as she discovers that she is in fact in a whole other world and no one in Ilissa’s house is who they appear to be. Suddenly the stranger named Aruendiel is her only reluctant ally as she struggles to escape the dark magic that has been placed on her and find a way to return to her own world.

Every twist and turn I could have imagined came forth in this book and I loved every bit of it! Just as soon as I thought I had a handle on what was going to happen next the author threw me another curve ball and sent the story into even more excitement and adventure. When I first read the title of this book I do admit I thought it would be more of a recollection of a woman’s knowledge about magic or more of a memoir of a witch or wizard. However, the engaging story I was given blew all of those thoughts out of the water as I was able to read a magnificent story that completely took me to another world and kept me there until the last page.

Quill says: A book that makes a reader think, I’m sure glad I picked this up!