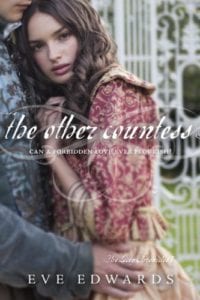 It is 1582 in London, England, and Queen Elizabeth’s court is the one in power!

Will Lacey stands beside his mother at fourteen years of age and suddenly has the world thrust upon his shoulders. His father has passed away and he is now the Earl of Dorset. Not only has Will received the title, but he’s also received the responsibility of his sister Sarah, his two brothers, and his mother. He is standing in a dilapidated manor trying to figure out how he’s going to support this family, seeing that his father has left them in financial ruin.

Standing beside his mother, he stares down an alchemist by the name of Sir Arthur - who Will blames for their economic state. The alchemist is a nice man, a scholar, but one who is completely obsessed with finding a way to turn metal into gold. Sir Arthur had Will’s father obsessed as well - and that’s where all the family’s money went. Will kicks Sir Arthur to the curb and tells him never to return. And, while kicking, he sends Sir Arthur’s young daughter Ellie out the door with him

Ellie is a lovely girl - an Amazon of learning who has so many ‘smarts’ she outranks her father. Unfortunately, Ellie has a worthless title from her mother’s family in Spain, a “crazy” father, and not a dime to speak of. When the Laceys turn them away they spend many a month in a barn with no food begging people to help them, until they wind up part of Sir Mountjoy’s circle - yet another man who is inebriated with the thought of alchemy. Ellie is staying in an obscure corner of Windsor Castle supported by the Mountjoy household, and trying desperately to make sure that she and her father are not, once again, kicked to the curb. If they end up in the Queen’s disgrace, they will have no hope.

The castle is all ‘a-twitter’ setting up for St. George’s holiday where the joust will commence and the ‘Order of the Garter’ will be given to the winner. But Ellie doesn’t only have to worry about the lack of money and her father’s “loose-cannon head,” she also has to worry because there is a new jouster at Court this year - a young man who is trying his best to look like he has money, so that he can win the joust, the Queen’s favor, and “land” a wealthy wife with a dowry that will save he and his family. The jouster is Will - now 18 - the Earl who despises Ellie’s father but, who after one moment in a garden with Ellie, seems to be falling for this poor ‘Lady from Spain’ instead of concentrating on bringing home a woman with money. Little does Will know that the lady who has stolen his heart is actually his enemy from long ago.

For his family, Will begins to woo a Lady by the name of Jane Perceval and has to deal with her brother, Henry. Henry is a man who simply likes all the ladies and has set his cap to make young Ellie his next lover - whether she likes it or not. Will must find a way to forget Ellie, deal with the fact that she’s her father’s daughter, woo and marry Lady Jane and get her dowry, AND has to deal with a catholic spy in the midst of his lands.

It is SO refreshing to receive a YA to read that is a truly stunning story. From the history to the chills and thrills of spying and treason in Queen Elizabeth’s court - to the absolute strength and determination of two young people who are responsible for all the adults around them, while trying to still hold on to a love that they both desperately want - every single plotline is outstanding. Eve Edwards has done a fantastic job of offering a true love story that will captivate adults young and old, and has begun a series that will be a remarkable one to own and read again and again.

Quill says: An enchanting novel. Will and Eve will most definitely take the place of Bella and Edward in a great many hearts.