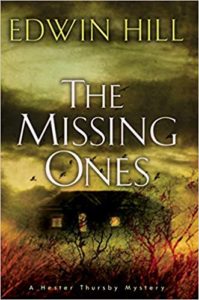 An odd little touristy island, a group of unique characters and a turbulent plot make up this telling tale of disappearing children, drugs, murder and complicated relationships.

Finisterre Island, Maine, sets the backdrop for secret love affairs, infatuation and children who go missing in broad daylight. As the island’s busy season is winding down and a huge storm is gearing up, year-round residents Lydia and Trey Pelletier relive the terror of their son’s disappearance earlier in the season, as another small boy vanishes into thin air.

Local police officer Rory Dunbar is consumed by a not-so-secret crush on Lydia and an equally obvious distaste for her “off-islander” husband, who accuses him of kidnapping their son just so he can take the credit for eventually locating him. Rory is also dealing with his drug addict brother Pete, who gets himself into several compromising situations. Unfortunately, drugs are a problem in the otherwise idyllic vacation spot, concentrated mostly in a decaying Victorian home. Once majestic, the crumbling structure houses vagrants, addicts and those who can’t afford anything else.

When one of the occupants of the Victorian, Frankie, is the next victim whose son disappears, suspicions start to run hot around the unkempt woman, as well as other dwellers of the Victorian. One of them is Annie, who has been on the island all summer and has actually befriended Lydia, as well as Vaughn Roberts, local boat captain and lobsterman.

Meanwhile, in the town of Somerville, Massachusetts, Hester Thursby is desperately trying to lead a normal life with her boyfriend Morgan and Morgan’s niece Kate. Kate’s mom, Morgan’s sister, and Hester’s best friend Daphne, abandoned everyone including her own daughter, a year prior. Now, it appears that Hester is irrationally protective of the little girl. When Hester receives an elusive text message from who she believes is Daphne, summoning her to Finisterre Island, she rushes to Maine with Kate in tow, seeking answers to her friend’s reckless behavior.

Who is responsible for the murders and mayhem that ensues at the height of the hurricane? Is it Rory or Trey, who constantly butt heads while vying for the affections of the same woman? Is it Annie, who calls Lydia her “best friend” and spends a lot of time with Lydia and Treys’s son Oliver? Or could it be one of the Victorian’s junkie residents seeking thrills, money or revenge?

A whirlwind of secrets, lies and mysteries culminate into an unexpected ending. There are so many twists and turns with these complex characters and relationships, that it’s a true challenge to guess the conclusion of this suspenseful summer read.

Quill says: The Missing Ones is enjoyable, well-written and hard to put down at times. If you’re looking for a good mystery, look no further, this one’s a worthwhile choice.