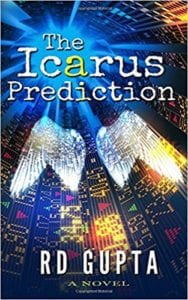 Over the years Jarrod Stryker had developed a reputation as the golden boy of the banking world. As one of the most successful employees at Blackenford Capital Management, one of New York’s largest financial firms, Jarrod is on the top of the list for a huge promotion. A promotion that will allow him to have his own limousine and driver with access to all of the benefits and perks this large company provides. Even though a suit and tie was not always his choice wardrobe, Jarrod has worked tirelessly to reach this goal and he wasn’t about to let it go now that he was so close to reaching it. It was true that when Jarrod was in the military years ago he never would have wanted a promotion like this, but now the sweet taste of luxury was something he could not resist.

However, underneath the cool confident exterior Jarrod has a few secrets lurking from his past that he would prefer to forget. As an ex-CIA operative in the military he took the fall for the woman he loved and was dishonorably discharged. Even though he knew the consequences of that decision it did not stop him from concealing the truth and keeping the secret for the rest of his life. Now, with the memories of that day still fresh in his mind, Jarrod hopes that one decision does not jeopardize the work he has done to earn this promotion.

Suddenly Jarrod finds that all of his CIA training is coming in handy as he stumbles upon the greatest international conspiracy that the world has ever known. Not only would this affect the financial stability of the world Jarrod lives in, but would turn the stability of every other foreign country upside down. Instantly allies would become enemies and the Earth would turn into a dark pit of chaos unless Jarrod finds a way to stop it.

The intensity of this story continued to build as I started to read, making each chapter more exciting than the last. Big business scandals and conspiracies are a fascinating subject to me because much of the time they are spending millions of dollars on a thing that could or could not happen in the future and that blows my mind. The delicate balance between companies, between cities, and between countries is unbelievably fragile and it only takes one corrupt deal to send it all spiraling into a downward tailspin. Author RD Gupta brings to light this intense fast-paced world in an amazing way that held my attention to the very last page.

Quill says: An absolute thrill ride of a book with intensity on every page.