The Horse Lover: A Cowboy’s Quest to Save the Wild Mustangs 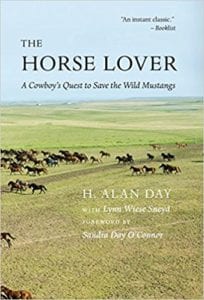 The Horse Lover: A Cowboy's Quest to Save the Wild Mustangs 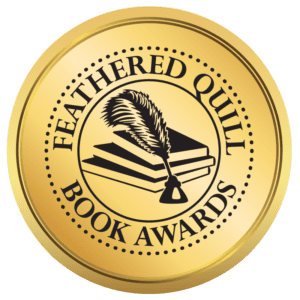 H. Alan Day’s writing ability is the essence of heart, soul and voice and the notion is eloquently delivered in his memoir: The Horse Lover. His sister, Sandra Day O’Connor, contributed to the beauty of this story and penned a Forward that speaks volumes toward the pride and respect she has for her brother.

In the pristine and wide openness of South Dakota, the scene is set. Alan Day is no stranger to the range and cattle driving; as well he shouldn’t be. He owns two ranches. When the planets align (as they often do for those of us who pay attention), imagine Mr. Day’s surprise when he realizes his next calling in life will be that of taking on the care and consideration of 1,500 head of mustangs in the wild. To quote Mr. Day: “Without the South Dakota ranch, the wild horses and I would never have gotten to know each other. That much is certain. The ranch found me in the early summer of 1988, before a single wild horse stepped into my peripheral vision...”

There is no stall in this story and the voice of a seasoned story teller rises to its surface within the first few pages. Mr. Day walks alongside the reader and imparts the journey, complications, losses, frustrations and sheer magnitude of caring for these majestic, yet quite wild horses—horses that had no intentions nor affinity toward domestication, but animals just the same who could use some ‘tlc.’ Indeed, this is not a tale of coincidental happenstance. Rather, it is a heart-felt delivery of one man’s conviction and commitment to care and engage in a program that has since become convoluted, yet widely recognized in part due to the efforts of one particular rancher: Alan Day.

There is something very tangible that happens to me when I get to read a genuinely well-written story. I learn how to become a better writer. I had never heard of H. Alan Day, the writer. In all honesty, when I saw the forward had been written by Sandra Day O’Connor and the title had ‘horse’ in it; these were the two factors that piqued my interest...initially. The further into this memoir I journeyed, the more I recognized Alan Day’s sound writing ability. He has the gift of voice—a voice that is quite audible. Day’s selection of language may be basic, but it is believable and relatable. Passage upon passage pops simply by how the words have been arranged across the pages. There were many parts in this story when I felt I was in the moment with Mr. Day—be it during the transport of the endless procession of mustangs single-filing their way through the vaccination process or the unbridled freedom resonating from the sound of the pounding and rolling thunder of thousands of hooves across the wide open prairie of South Dakota. Mr. Day ignites feeling from the reader because he shares what he lived simply by conjuring up the exact placement for each word whose sole purpose was to carry its meaning and intent to its captive reader to interpret. As heart-wrenching as the outcome to the end of his tale was, he managed to end his story on a beautiful and brilliant high note: he tried, he ‘failed’ (hardly) and he’s a better person because of it. Bravo Mr. Day. I implore you to tell us another story! Not only have you arrived as a writer, but you have earned the right to add such credentials to your list of accomplishments.

Quill says: The Horse Lover is a must read for anyone who has stepped out of his or her comfort zone and saw the task through to its very end no matter the outcome—truly a beautiful read!

For more information on The Horse Lover: A Cowboy's Quest to Save the Wild Mustangs, please visit the book's website at: www.thehorselover.com