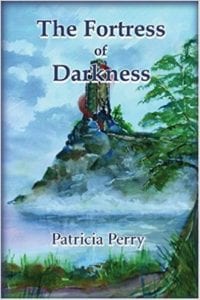 While the mortals were preoccupied with their petty lives and unnecessary differences, a great evil demon, Emhella, has been collecting powerful magic to gain his ultimate objective of opening the underbelly of the land for demons to rule unencumbered by the nuisance of mere living things. As the wicked Emhella nears completion of his nefarious goal, a ragtag group of mortals hurry to prevent the demon from securing total world domination. Each of these mortals represent select members of races of this land: elf, Herkah, dwarf, Rock Lord, and half-demon. Though once unified, the races now have become segregated and suspicious of any being different from themselves. In order to keep the power from Emhella, these races must overcome their differences and band together to gather the remaining magical forces. Ultimately, The Fortress of Darkness is a testament to the ancient creed “united we stand, divided we fall,” a message that rings true to this very day.

Though the undercurrent theme of reunification runs below the surface of this book, most of the pages are jam-packed with glorious action scenes, gory battles, gruesome deaths, and grisly details of destruction. Indeed the story hops from one exciting exploit to another in an entertaining way, but leaving this particular reader wishing the author had taken time to create more meaningful relationships and interpersonal intrigue between her characters. If you’ve read the previous book of this series, The Quest for the Source of Darkness, you know that Ms. Perry is capable of bringing to life captivating, well-rounded characters who take permanent residence in the reader’s imagination. Though they are interesting in their own rights, the characters in this book lack the same charm and profundity. However, if you are a big fan of fight scenes, blood, and gore, you may not be bothered at all by the sketchiness of the characters in this book.

Although The Fortress of Darkness is a sequel, it is not by any means necessary to read Ms. Perry’s first book in order to enjoy this one. In fact, I would recommend hopping right into this fantasy first, and then back-tracking to The Quest for the Source of Darkness if you’ve enjoyed your visit into this action-packed land. This book is far cleaner and better edited than her previous work. Ms. Perry has managed to pare away superfluous details and stick with a central story line, which adds immeasurably to one’s enjoyment of this book. In addition, the author makes the most of the opportunities to paint provocative imagery of this land:

“The smoke filled sky cringed as gleaming bolts of lightning shredded through it, the booming thunderclaps shaking the ground beneath his feet. The range in the far north surrounded a massive volcano spewing lava and fire all over the land. A hot wind touched his soot covered face as he stared at the black lake between himself and the belching peak. Shreds of greenish gray clung to the boulders and sprouted up on the chestnut hued soil. The bitter vapors made his cough and rub at his eyes, robbing his lungs of precious air. He doubled over hoping the image would fade away. It did not.”

Want to hear how it turns out? Do the heroes succeed in their perilous journey? Then pick up a copy of Patricia Perry’s The Fortress of Darkness, find a comfy spot on the couch, and enjoy the adventure.

For more information on The Fortress of Darkness, please visit the author's website at: QuestfortheSourceofDarkness.com