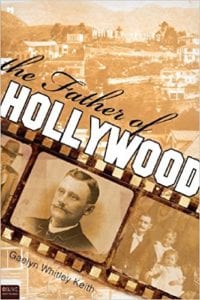 Hobart Johnstone Whitley was a young man who had faced tragedy time and time again. Four of his six siblings perished during a cholera epidemic when he was a boy and his parents died in a tragic accident when he was barely eighteen years of age. The unwieldly hand of fate touched once again to take his young wife and infant daughter. Anyone of lesser character would have fallen into an abyss of depression or lost their way in life, but somehow misfortune made him stronger and more determined than ever to forge through life leaving only good in his wake. He was a true gentleman and “refused to move, read, or speak unless he considered the impact it would have on others. In the true spirit of the era [Victorian], he learned to respect men of superior social standing. He felt that thoughtless laughter and stories that relayed idle gossip were unacceptable.” (pg. 22) HJ was not one to let tears conquer him. There was much to be done in life and he had little time for self pity.

HJ was born in Toronto in 1847, but by the time he was twenty-three he was heading West to make his fortune in the United States. He was a visionary genius. It was an astonishingly rare type of genius that would enable him to put “over a hundred and forty-one towns on the map,” (pg. 334) including his own special creation, Hollywood. Even as a young man he inspired faith in others and his leadership abilities enabled others to shine equally in the limelight of his creations. Some later attempted to take credit for his accomplishments, but he merely shrugged it off, inately knowing that charlatan-like behavior would eventually be uncovered. There was only one thing that he hestitated to attempt once again and that was to love, but a special young woman caught his eye.

Gigi, who had also lost her parents at a young age, had a “refined upbringing and southern charm.” She was feisty, strong willed but “questioned if she would ever understand how to handle a man that had a will that matched her own.” (pg. 45) Together they completed one another and although nothing is ever perfect, they formed a lifetime partnership. HJ was all business and in time, after building up parts of the Oklahoma Territory, they made their way to California, a state that seemed to mesmerize both their spirits. HJ “...was considered one of the greatest developers in the United States, even at [an] early state of his career.” (pg. 108). He looked into the valley and could envision what would become of the land. A handshake cemented the deal to buy the land, but Mina Hurd declined the offer when she was unexpectedly widowed. HJ was patient and when Mina was ready he paid her $22,500 in gold coin for her estate. The Whitley’s owned nearly 500 acres in Hollywood. HJ had a vision and it was time to begin work. The city of Hollywood was soon to be born and Hobart Johnstone Whitley’s dream was simply the trailer to those who would follow on the silver screen.

This fascinating look into the life of HJ Whitley, the “Father of Hollywood," is an astounding look at a hithertofore unknown facet of American history. I was quite mesmerized by this biographical history of how the actual town of Hollywood started. The author made it very clear that this was “...a book of stories about the family that influenced the founding of Hollywood. It is not a formal discourse of Hollywood life.” If the reader approaches it as if he or she were going to have a movie marathon of stars marching through its pages, they will be sorely disappointed. I loved the American pioneering spirit that burst through these pages as I read about HJ and how he envisioned and created not only Hollywood, but other towns across the U.S.

What I especially liked was that the material for this book was essentially drawn in its entirety from primary source materials available to Gaelyn Whitley Keith through the family archives. Liberty was taken in the creation of certain verbal exchanges, but because much of it was taken from her great-grandmother’s diary and own memoir it had a lovely nostalgic “flavor” that I particularly enjoyed. For example, there were delightfully intricate details mentioned in such lines as, “At her advice, HJ picked out and had planted over ten thousand trees and shrubs to beautify the young town of Hollywood.” History uncovered in this manner can’t get much better than that. We do learn such tidbits as to how Grauman’s began, but until the end there is not a great deal about the star-studded Hollywood we think about when we hear the name. There are numerous interesting photographs, including one from the early 1900s overlooking the valley where Hollywood would eventually be built.

Quill says: If you are a stargazer you’ll be sorely disappointed, but if you want an exceedingly interesting slice of Americana this book will amaze you!