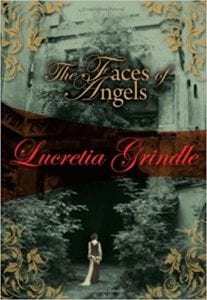 The biggest appeal of this suspense novel is the true and utter beauty of the Italian landscape. Mary Warren is the character who is immersed in this beauty, yet that feeling of splendor soon turns into a nightmarish event.

Mary is a newlywed - and the definition of that particular word is supposed to be a person who is happy, on top of the world, and looking forward to an incredible future - yet, that is not exactly the way Mary Warren felt. Being in Florence for three months - which was basically a honeymoon for her and her husband Ty - there was much more going on in Mary Warren's head than simply romance. Yes, she did love her husband, but when their honeymoon took place they had already been together for quite some time, so the "rose-colored glasses" of a new bride were already long gone. Her husband was a teacher, a Quaker to be exact, who was in an exchange program with others who taught in religious schools. So, in essence, religion was really the topic of conversation most of the time.

Mary's job was one of creativity, an art student who loved seeing Florence and studying the beauty that was all around. This particular day is as hot and sticky as Texas in July, as she and Ty walk with their tour group. Unfortunately, she chose to break away from the others for a bit, to be on her own and wander the stunning location of the Boboli Gardens. This is a truly tranquil setting that makes the whole day, trip, and Mary's attitude, look up. What Mary does not expect is to meet up with Satan in the middle of Paradise, but the masked killer is there just waiting for his next victim. It feels like only minutes before her husband is brutally murdered, and Mary is attacked. In the headlines this man was called, The Honeymoon Killer - a man who, a year after Mary's attack, has been killed. Mary, of course, has not gotten over what occurred in Florence.

Trying to live her life in Philadelphia is almost impossible for Mary, because her scars on the outside are a constant reminder of the pain and agony that she went through. Oddly enough, she accepts an invitation from her friend - a journalist - to return to Italy. Perhaps if she returned to the scene she could somehow release the past and move on with her future. However, it soon feels to Mary as if she is the ultimate draw when it comes to pure evil stalking the streets, considering the fact that when she returns yet another killer emerges who wishes to spread pain to the women of Florence. On top of all that, this new menace is using the same MO as the old one who consumes Mary's nightmares, and with a little research, she soon wonders if this is really a copycat, or her own attacker come back from the dead.

In essence, this book offers a very suspenseful plot that should have mystery and suspense readers hanging on every word. What happens, however, is that the book is extremely slow-paced for a plot that should be racing at top speed. There are many descriptive passages that elongate the story and unfortunately lose a reader's interest, making some want to simply jump to the dialogue to see how it all ends.

Quill Says: There are elements of surprise in The Faces of Angels, and the "who-done-it" appeal is there, but it takes far too long to get there.