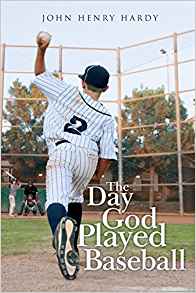 If a baseball team ever needed help, it is today; yet somehow Alex Sardinski suspects that a savior is out there, as the Cherokees, the youth baseball team he coaches, battles it out with their biggest rivals, the Creeks.

Sardinski, banker in the tiny town of Pineville, PA, has coached the Cherokees for fourteen years. His passion for the sport, his willingness to play fair, his openness to take both boys and girls for the team, are all part of who he is. Another important piece of Sardinski’s character of late has been his loving feelings for Candy Hollis, who works in the bank. Alex has even found a nice little house for sale that they can just afford. It all seems like a dream coming true. But there is a force of evil in Pineville – Conrad Beamis, who owns the only big business in town, a textile mill, and supports the Creeks. Beamis is enraged at Sardinski for refusing to recommend him for a loan, and schemes revenge. He recruits big, rough boys, secretly too old for the team, and has the umpires in his pocket, folks who won’t defy Beamis for fear of losing their jobs. But worse, he courts Candy, offering her a big salary to be his personal secretary.

By the day of the championship game, Beamis is crowing and Sardinski is sweating. But Sardinski has a secret weapon, a small, energetic kid named Timmy, newly recruited as pitcher. Timmy and his mother Maria seem to have come from out of nowhere, yet know all about the lovelorn banker even without being told. As the big game looks lost, 6-0 in favor of the Creeks, Timmy starts displaying his remarkable, almost supernatural skills, and things slowly turn around.

Author, businessman and former Marine Hardy (Whisper in My Ear, The Day the Giants Fell, When Brothers Meet) has created a magical mystery combining the excitement of a kid’s baseball championship with the course of a true love derailed and a serious adult rivalry that threatens an entire community. His writing shows an enjoyment of simple, hometown humor and empathy for young people and their activities. But there is something else, an unusual element crucial to the story: embedded in this small-town sports saga is a spiritual parable. Hardy skillfully insinuates the religious aspect revealed in the book’s title into a fast-paced, amusing, romantic story that has the power to charm readers of all ages.

Quill says: Hardy’s page-turner plot could make an excellent focus for family religious study, and will appeal to baseball fans for the many small touches that indicate an insider’s expertise about the game.

For more information on The Day God Played Baseball,  please visit the author's website at: JohnHenryHardy.com.