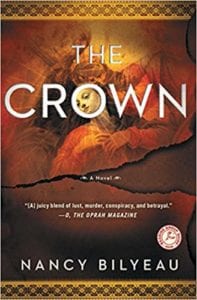 This is an extremely well-written book set during the reign of King Henry VIII. However, much to the reader’s surprise, Henry is a secondary character in the plot. This was an extremely pleasant surprise to this reviewer as Henry has never played a supporting role in any book that bears his name and/or his many wives and decisions regarding religion.

The main character is Joanna Stafford, ‘a lady to the manor born,’ who decides she wants to become a Dominican novice at Dartford Priory in the South of England. When she becomes a novice at the Priory it is during the time when the King is pushing for a divorce from his first Queen and wants to start his own religion – a historical age where he and many of his lackeys will be able to achieve their own desires. Joanna learns that her cousin, Lady Margaret Bulmer, whom she grew up with, is convicted of high treason against the King and will be burned at the stake. Joanna, who is a very spirited girl, breaks the rules at the Priory and runs away to London to provide support for Margaret. While in London, Joanna sees her father and runs after him, both of them are subsequently arrested for interfering with the King’s orders and both are sent off to the Tower of London.

While incarcerated in the Tower, Joanna’s father is beaten and tortured on the say so of the Bishop of Winchester, Stephen Gardiner. This man is the supposed leader of a group that are trying desperately to save the monasteries from Henry’s people who want to close and tear them all down. Gardiner asks Joanna to go back to Dartford and look for a long hidden crown that he believes is somewhere in the Priory. This crown was supposedly worn by the Saxon King Athelstan during the battle against the Normans in order to unite Britain. The Bishop believes that this crown has powers that will stop the Reformation and restore peace in the land.

Joanna is returned to Dartford in the company of two friars, Brother Edmund, who will run the infirmary at the Priory and Brother Richard, who will manage the Priory. On her quest to find the Crown she is confronted with treachery from the people she trusted most and there is a murder at Dartford that is close to her and her fellow novices. As time is running out for the Priory, her hunt for the Crown leads her and her friend, Brother Edmund, to royal castles, Stonehenge and, at long last, to the tomb of King Athelstan under Malmesbury Abbey. In this place, she comes to know the truth about the Crown that she is seeking that will date back to the crucifixion of Christ.

This is the writer’s first novel and a wonderful story that will keep readers interested. It is filled with intrigue and historical significance. A fascinating tale of a young woman who was willing to risk her own safety to look for a relic that might or might not stop the King’s desire to end the Catholic ways in Britain for his own gain.

Quill Says: An extremely surprising first novel that is filled with both good and bad and set in one of the bloodiest eras in British history.