The Children Of Hurin 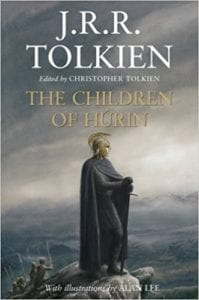 The Children Of Hurin

Set in the first age of Middle Earth, The Children Of Hurin recounts the life of Turin, Hurin’s son. Nearly 7,000 years before the Lord Of The Rings and The Hobbit, men and elves struggle against Morgoth, the enemy who has placed a curse on Hurin’s family. Raised as a fosterling by a king of elves, Turin tries to escape the doom set upon him and in doing so ensnares friends and family in the evil plots and designs of Morgoth. For the avid Tolkien reader, The Children Of Hurin adds yet more detail and substance to J. R. R. Tolkien’s creation. The same stunning and descriptive language used in both the Lord Of The Rings and The Silmarillioninvests the reader in the tale.

Quill says: Christopher Tolkien (J. R. R. Tolkien’s son) has brilliantly edited, compiled and presented his late father’s unfinished works. One can only hope that there are more gems yet to be mined from that source!