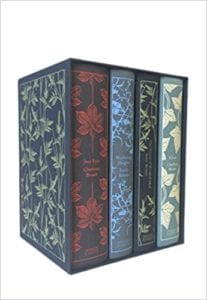 The Tenant of Wildfell Hall

Villette, by Charlotte Brontë, is a story of the trials and hardships that Lucy Snowe endured through her life. With no direct family of her own, Lucy lived with the Brettons. Mrs. Bretton was the closest person she had to a motherly figure and her son, John, and the little Paulina were the closest she had to siblings. As she began to become comfortable, an event occurred which made it imperative that she leave the Bretton's. With no family, no friends and nowhere to go, she travels on and becomes a caregiver to a woman named Miss Marchmont. Miss Marchmont is a kind but sickly woman who takes Lucy in, gives her a home and makes her comfortable. Again, once Lucy begins to get comfortable, tragedy strikes and Miss Marchmont dies, leaving Lucy on her own once more. This time, she boards a boat and travels to a city called Villette. On the boat she meets a young girl with whom she becomes an acquaintance. The girl mentions a boarding school owner named Mme. Beck, and not knowing where to go or what to do, she sets out to find her and ask for employment. It is here that she becomes a nanny and, later on, an English teacher. It is at this boarding school that Lucy re-encounters old friends, finds love and loses it.

Anne Bronte’s The Tenant of Wildfell Hall is narrated by Gilbert Markham, a farmer living with his mother and sister. A buzz is created around town when a widow, Helen Graham, moves to a previously unoccupied residence named Wildfell Hall. Wildfell is large, neglected and gloomy but this is where Helen chooses to reside with her son, Arthur. The townspeople don't hear much about her, so they begin to tell their own tales about who she is and where she is from. Gilbert, who has a particular fondness for her, wants her friendship- and more- which causes her to shut down and become even more of a recluse. This frustrates Gilbert and leads Helen to tell him who she really is, through her diary. Gilbert easily finds out that things are not always what they seem.

Villette and The Tenant of Wildfell Hall are part of a boxed-set series of four Brontë books: Wuthering Heightsby Emily Brontë, Villette by Charlotte Brontë, The Tenant of Wildfell Hall by Anne Brontë, and Jane Eyre, also by Charlotte Brontë. These books, which are part of the Penguin Classics clothbound series, have covers that were designed by Coralie Bickford-Smith and not only look beautiful but are easy to get lost in. You will never lose your page with the color-corresponding ribbons and you will never have to look something up because what you need to know is already highlighted in the back of the book- which comes in handy in the case of Villettewith all of the French translations that are needed. This boxed set will go on sale on November 22, 2016 in celebration of Charlotte Brontë’s birth. What better reason is there to snuggle up and get lost in a good book with some birthday cake?

Quill says: Villette is a mysterious literary classic with hints of gothic elements while The Tenant of Wildfell Hall is a beautiful tale that teaches valuable lessons about humanity and life. These books are not only delightful to read, but in this new boxed set, are delectable to look at and feel.