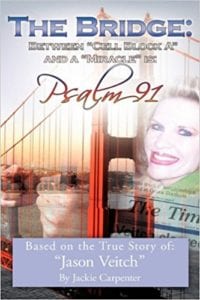 Richard Jason Veitch was like many young men his age. He was a man who had ambition, ambition to work hard and make a good life for his wife Stephanie and J.J., his young son. Jason, as he was more commonly known, had been “building houses for the past eight years.” During tough economic times it was hard enough to make a living without someone trying to steal his livelihood out from under him. He had several houses going and someone was surreptitiously sneaking in during the night to strip the copper from the partially finished homes. He’d been “robbed multiple times” and this was taking the bread off his family table because each time the copper was stolen it meant $6,000 less in his pocket. Deputy Jones told him about a citizen’s arrest. Yes, he could carry a firearm. Yes, he could tie up and detain the perpetrators. Jason went to Trammel Road late in the night to wait.

In the dark of night he wouldn’t have to wait long before three men pulled up to one of the homes. Jason called his father-in-law, Billy, for help. Two of the men were cooperative, but the third began to struggle. The gun misfired and the men began to panic and rushed him to the hospital, but it was to no avail. There was a dead man and some questions to be answered. The good deputy began to lie to protect himself claiming Jason had been in a rage and “his intentions were to kill somebody.” The judge listened to the D.A. and considered the manipulated report . . . “one count of felony murder, three counts of aggravated assault and one count of possession of a firearm during a commission of a felony.” Jason was shackled and his mother turned to her faith and began a “new life in Psalms.” Would an accidental shooting send him to prison for the rest of his life? Would a young mother have to struggle to raise a child on her own? Would the power of prayer chains and faith in the Psalms be enough to release a man from his shackles?

This powerful story of an accidental death and the unwavering faith of a mother’s love and belief in the Psalms will rivet the reader. This slim volume was one of those heartrending stories that will grip the reader from the first few pages and keep them hanging on until the last. Essentially we are looking at only one viewpoint, Jason’s mother’s, but that didn’t detract from nor diminish the tale. We are introduced to and do see some of the other family members, but only briefly. I would have liked to have heard the voices of others involved, but did end up very much liking this uncomplicated narrative. Toward the middle of the story Psalms are interspersed in the pages. These Biblical verses may be comforting for some readers, but obviously not for everyone.

Quill says: If you want to hear about a “miracle” and the effect the power of prayer can have on a family you will be very interested in this mother’s story!