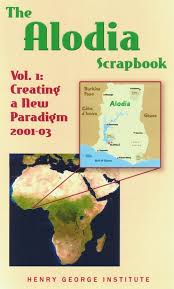 The economists of the world shuddered as they heard that General Samuel Akuopha had announced that Alodia would immediately “cease making payments on its external debt.” Harvey Ruglan, an International Monetary Fund spokesperson, dubbed the whole plan “a policy of economic suicide.” (pg. 2) High-ranking officials at the IMF, the sister organization of the World Bank,” firmly believed the country would collapse in chaos within a matter of months after the announcement as the WTO immediately stepped in, announcing sanctions against Alodia. According to Reuters, reporting from Paris on the announcement of the WTO joint worldwide trade ministry, that “the sanctions will take the form of a 100% tariff on Alodian products, effectively denying Alodia all of its major export markets.” (pg. 24) Akuopha was of a different mind and did not have the gloom and doom viewpoint of Ruglan and the IMF. The military junta had occurred on New Year’s Day, 2001. It was time for a new beginning.

Indeed, in his speech to the people of Alodia, he pondered the staggering loans of more than twenty billion US dollars unwittingly forced upon them. He quipped that “The result of these loans has not been to benefit the people of Alodia but to impoverish them.” (pg. 6) Limbotho, later renamed Alodia after its “founding president,” Jean-Henri Alo, was originally a French Colony which gained its independence in 1961. Its twenty-two million people scattered across eleven states living alongside the North Atlantic Ocean, sandwiched between Ghana and Cote d’Ivoire, needed help and Akuopha was the one to do it. The reality was that Alodians were in trouble economically and had to be led down a new path. With the building of the Alo dam and the subsequent flooding of Alodia’s Atal Highlands by Lake Banneker, its people no longer had access to a most precious natural resource, the gemstone aichacite. The whole nation was drowning and something had to be done.

In a debate between Dr. Cleopatra Paulin, representative of Medecins Sans Frontieres, and Akuopha, the sparks began to fly as she claimed, “To me this is just another recipe for failure, General.” In turn he replied, “You are wrong when you say I want economic development to precede human development. That is a failed Western mode. I want economic development to be human development.” (pgs. 33-34) With the severe economic sanctions where would he get money for the people during the interim government? There were thinly veiled rumors of drug running. His solution would be the “single tax,” solely based on land value. The country would become, in effect, a landlord collecting rent. His soldiers would soon begin a land cadastre. Apparently the good General’s economic plan appeared to be solely based on Henry George’s plan in Progress and Poverty (1879), which would “abolish all taxes save that on land value.” (pg. 48). Would this insane plan succeed? With the economic sanctions would Alodia go under before the nation could get on its feet? Was this simply the plan of an insane man? Could it work, could it even happen?

The radical paradigm shift of Alodia, a fictionalized West African country was an excellent lesson in Geolibertarianism. The book, consisting of an assortment of “primary materials” that ranged from newspaper articles and pamphlets to some fly on the wall type peeks into conversations will give the reader a very good idea of what a Georgist scenario looks like. Georgism is a “radical philosophy; it seeks to remove the root of poverty.” (pg. 51) The book does not go so far as to land on one side or another as to what might actually happen if such a scenario were indeed “real.”

In the epilogue the end result is theorized and discussed, the main question being, “Could it happen?” I liked the unusual presentation in that the reader can readily understand the premise of Georgism without having to read a dry text on the fundamentals of economics. This book was so convincing that as of this writing, someone at Wikipedia actually has the purported geographical location of Alodia circled on a map. It can’t get much better than that. The only thing I had a problem with was that I felt an editor rather than an economist might wish to proof the book. The numerous typos and grammatical errors detracted from the credibility of this work.

For those who would like to know more about Henry George and economics in general the institute offers an inexpensive course “that sheds light on today’s baffling economic problems.”

Quill says: If you are interested in learning about Georgism, a century old “solution” to lifting society out of poverty with a “single tax” method this fictionalized overview of Alodia will help you understand what exactly could happen!

For more information on The Alodia Scrapbook: Vol. 1: Creating a New Paradigm, 2001-03, please visit the publisher's website at: HenryGeorge.org