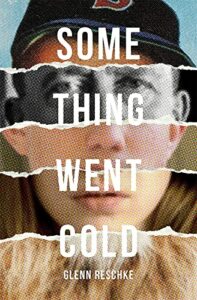 Five stories lift the reader out of time and place, evoking sympathy, horror, anger, and calm in Something Went Cold, a richly conceived collection by author Glenn Reschke.

Each story focuses on earthly deeds and supernatural, at times etheric realms of revelation and regret. In “#MeToo” we see and ponderously come to understand the burdensome existence of a young woman who has chosen, but does not enjoy, her work as a highly paid prostitute. A chance encounter while out jogging offers her the chance to change all that, and she knows she would be a fool not to take it. But will it mean making her heart even colder before she can find the true warmth she so desperately seeks? “The Afterlife of Adolph Hitler” finds the one-time Fuhrer flying through an after-life that allows him to see his earthly sins in painful detail, and to long for atonement. That outcome can only be wrought by the most loving being he has ever encountered; but is he truly worthy of the judgment he seeks?

Two men survive a plane crash in the Serengeti wilderness in “On the Serengeti Nothing Is Wasted.” One of the men is a stranger to the region, while the other is a native who will help his companion conquer and create a little patch of safety. The survival is only temporary, though, as they cannot live very long on fruits and water, endlessly battling hyenas, lions, and other dangers. One must escape and find help, a venture that bodes ill for both. “King Billy the Wicked,” perhaps the eeriest of the five offerings, depicts a schoolteacher dealing with a student whose minority status has earned him a nasty nickname. But it is an appellation filled with envy, as King Billy is known as a star basketball player. When he has had enough of the hateful bullying, he picks out the worst offenders, and, as the horrified teacher looks on, wreaks a vengeance no one could have possibly envisioned. In “The Greatest Hitter Who Ever Lived” we meet the acclaimed baseball immortal Ted Williams basking in his true immortality. Because of his cryonic preservation, he is afloat in an afterlife world of further fame and challenge, even the love of fellow beings, cast far into a technologically advanced future Earth.

Reschke, whose university study of English Literature was doubtless influenced by his wish to write stories like these, makes each tale a short but powerful statement. He expresses views that encompass traditional conceptions of Heaven and Hell, while suggesting other, equally credible, alternatives. He also has a tight grasp on earthly beings, especially, it seems, those steeped in wrong-doing: the whore longing to find a better pathway, the former world ruler forced to see the destruction he wrought, two innocent men trapped in a place of danger with seemingly no way out; the object of others’ scorn taking the most brutal way to convict his enemies; and a world-recognized sportsman exploring new possibilities for simple living. It would not be unreasonable to expect that through his writing, Reschke may enjoy widespread acclaim, and, since his stories are told in such a colorful manner, may move into a cinematic platform to communicate his unique visions.

Quill says: Author Reschke shows in five very different scenarios his ability to take the reader far beyond the ordinary in his exploration of human nature and the unearthly consequences of all-too-human actions.

For more information on Something Went Cold, please visit the author's Instagram page.