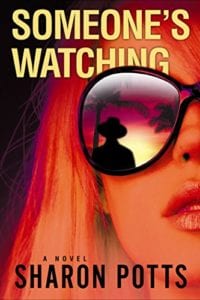 Roberta Brooks had a wonderful life as a young child. In fact, as the daughter of a physician and his wife living in Deland, Florida, Roberta seemed to have it all. Unfortunately, as with quite a lot of fairytale upbringings, the castle fell down around her when her beloved doctor dad left Roberta and her mother to run off with his nurse. Dealing with the massive heartbreak, Roberta's mother chose to leave their painful past behind and moved them to Boston where Roberta spent the rest of her early life, and ended up becoming a CPA in the corporate world. Even with the past turmoil, Roberta found herself on the quick path to career success. Sadly, the turmoil wasn't over; her mother passed away and Roberta found herself with a decision to make. She'd had enough of the fast track and wanted to get back to basics. Putting yet another past behind her, Robert chose to move back to the Florida sunshine and start all over again.

Settling in the beautiful South Beach, Roberta seemed to change overnight from the powerful go-getter who wanted to be on top of the business world, to a bartender in a South Beach club, and designing jewelry on the side. Wanting nothing more than to reinvent everything about herself, Roberta also changed her name to Robbie Ivy and began to live her life free, easy, and calm. Her family was gone, she had broken up with her boyfriend, left her very lucrative career, and suddenly found herself living commitment free...and loving it! Of course, life was just about to throw Robbie Ivy a very strange curveball.

Enter - her father - who immediately claimed that he had been watching Robbie all her life from a safe distance but never bothered to keep in contact. When he finally does "step back" into her life he offers up a huge shock: Robbie has a half-sister named Kaitlin who has disappeared into the wild world of South Beach with a supposed friend. He relates the story of how Kaitlin had come to South Beach on spring break with friends and turned up missing after a night of bar hopping. Robbie never knew that she had a sister, let alone one on the missing persons list and, at first, she had no interest in involving herself in a search for a stranger that would put her back into her absentee father's world and simply tells him to call the police. Unfortunately, when Kaitlin's friend is found drowned in a local creek things spin out of control. Robbie suddenly feels the pressure of knowing that somewhere out there, perhaps locked in a nightmare, a woman who shares her DNA is lost and she wasn't the one who ever did anything wrong. Turning to her former boyfriend, Jeremy, as well as a detective by the name of Judy Lieber, Robbie asks for help in finding her missing half-sister.

Crossing paths with a motley crew of characters, both rich and poor/good and evil who might have had something to do with Kaitlin's disappearance, the mystery ensues. Not only does Robbie have to concentrate on finding a sibling that she feels more and more for everyday, but Robbie also can't lose the feeling that someone is watching her. Not sure that her sister is still alive, Robbie is determined to find the answers that will allow her to find Kaitlin, and try desperately to leave the feeling of dread behind.

Not only is the mystery invigorating but readers will certainly like Ms. Potts' main character. Robbie is a very sweet and forgiving investigator and wants nothing more than to mend fences with her family, such as it is, reunite with her boyfriend and, hopefully, save her sister before something or someone takes her out in the process.

Quill Says: A very good mystery that comes to a surprising conclusion. Although parts will perhaps bring back some bad memories of the Natalee Holloway disappearance, readers will enjoy the suspense while at the same time wanting nothing more than to lock their children up and not let them travel anywhere by themselves.