Secrets In The Mirror 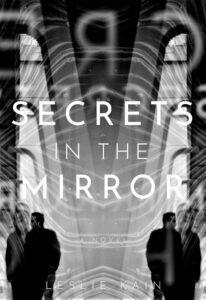 Secrets In The Mirror

In this emotive novel by author Leslie Kain, twin boys grow into manhood, the one tormented by the other and seeking some sense of self-worth even as his mirror image wreaks havoc and seems determined to destroy him.

Devon was the first born, and his father quickly acknowledged him as the first and best; Gavin’s birth followed and, as the story rolls on, Gavin will always be made to follow Devon. The two are mirror twins, meaning that they are precise, mirror opposites physically – and in this case, psychologically as well.

Gavin is encouraged and sometimes actually ordered - by his Italian mob-embroiled father and his intelligent but morally weakened mother - to take care of Devon, which means accepting his brother’s constant put-downs and ignoring his increasingly aberrant behavior. A crisis arises when the two are teens and Devon begins consuming alcohol and drugs, resulting in a near-fatal car crash. Gavin’s blood will save him, sealing the pattern of his twin’s dominance. But as Gavin matures, he longs to be seen as worthwhile on his own, not merely as Devon’s shadow. He will move as far away as he can from Devon, who has by now been diagnosed with extreme narcissism with the specter of even darker disorders looming. But neither the move nor Gavin’s abilities as a chef and businessman, his blissful marriage, a friendly counselor, an adorable daughter and a great love of canines can keep Devon’s destructive needs from bedeviling him, from a distance, and then gradually, too close to be ignored. All that Gavin has built for himself, indeed his very life, will fall under threat from his mad mirror image.

Kain has had success in multiple careers – psychology, social work, business development and non-profit promotion. These undoubtedly have contributed to her creation of this dynamic, realistic and at times quite terrifying storyline. As shown here, mirror twins have special connections and complications that go beyond the ordinary. And the phenomenon of narcissism brings its own pangs and problems as depicted vividly by Kain through Devon’s arrogant attitudes and in the painful secrets that the more open-hearted Gavin is forced to carry. Kain’s writing offers a depth of perception that allows the reader to share Gavin’s dilemma and to continue to urge him, as he urges himself, to persevere. Too, the novel’s grim, gritty, and gory moments will satisfy those who enjoy a hardcore mobster-infused mystery with a wide range of intriguing characters.

Quill says: Kain’s book, Secrets In The Mirror, with its skilled plotting, believable characters, topical psychological insights and cinematic suspense is sure to garner a wide readership.

For more information on Secrets In The Mirror, please visit the author's website at: lesliekain-psychfiction.com/