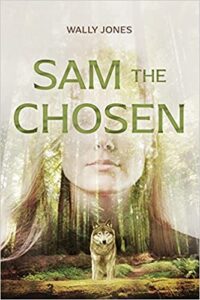 In Sam the Chosen by Wally Jones, we follow Samantha, the eponymous grade schoolteacher who was simply trying to get back to a semblance of normalcy, all things considered. It has been three months since the global attacks stopped. Eight million - this was the final death toll in the horrific and unprecedented 28-day global catastrophe where everyone was a target, regardless of age, gender, socioeconomic status, race, or religion. The death toll rose at an alarming rate as entire families were slaughtered brutally yet there were no explanations, no perpetrators found, no witnesses to the attacks, no videos from security cameras, nothing. Nations cooperated, military forces were dispatched, global martial law was enforced, but the attacks persisted. Then, it all stopped just as abruptly as it began.

Attempting normalcy, Sam’s family was planning to go hiking and camping in the mountains. Apprehensive at first, Sam eventually relented to her husband’s plans and the family of four set out on their trip. Following the camp guidebooks, they made sure that their bags full of food were all hanging up on tree branches to prevent wild animals from getting to them. But it was a multiple-day hike up and down the mountains and exhaustion eventually led to complacency. One morning, Sam’s stepdaughter, Lexi, found a cub that had gotten inside one of the bags they left on the ground. None of them noticed that the mother bear was nearby so when Lexi heedlessly touched the cub, the mother bear attacked. Everything happened so quickly and the last thing Sam saw before passing out was wolves joining in the fight.

Sam woke up to strangers tending to her and informing her that the only other surviving family member was her 11-year-old son, Kevin. With a severed spine and crushed pelvic bone, Sam would fade in and out of consciousness, dreaming about hunting prey in the woods and eating their entrails. Where is her son and why are these strangers telling her that she would recover despite the severe injuries she sustained?

Sam the Chosen by Wally Jones is the first book in a potential fantasy series about a mother and son who find themselves involved in an ancient lycanthrope race and a prophecy that could spell the end of mankind. This story started strong and the mystery of the global undetected attacks was intriguing. However, from the point Sam woke up after the bear attack, it all devolved into a series of verbose and lengthy lectures about things such as the organizational structure of the lycanthrope race. I would have appreciated these had the exposition of the details been interwoven as needed with the progression of the story rather than a character explaining all of these in one go. These conversations dragged on for far too long and meant that the conflict of the story was pushed aside, and then, rushed. Even at the very end, we’re treated to yet another lengthy lecture about the prophecy. This odd exposition-by-explicit-telling made the story monotonous. And while the characters were interesting, there needed to be a bit more development, especially with the connection between Sam and the Battle Master Nechek, which would have given a heavier weight and emotional impact to crucial events in the story.

Quill says: Sam the Chosen is a story about lycanthropes and prophecies that started out strong but fizzled out as the story progressed.

For more information on Sam the Chosen, please visit the website: theprophecystoryline.com