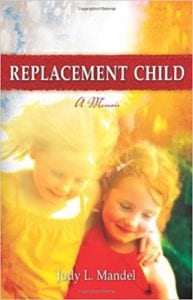 Everything the family ever did wound down to a single reference point…before or after the accident, yet somehow nobody ever talked about it. Not to Judy anyway. She wasn’t there, but on one level was an integral part of it. She looked like Donna and except for that lazy eye she could have been her twin. Her father’s shrine to his lost daughter attested to that. From their cute little button noses to the wave in their hair they looked alike, but they weren’t. Donna was gone and Judy was the “replacement child.” Her father “never uttered her name” and she only put what had happened together in little bits and pieces and didn’t know the real story until she got into high school. She was “not sure [her] father ever forgave [her] for being here when Donna was not.” American Airlines Flight 6780 was heading toward Elizabeth, New Jersey…

The children sat down to eat some chocolate chip cookies as “Captain Reid’s plane was cleared to 2,500 feet, then 1,500 feet.” It was January 22, 1952 and if that plane had never taken off, if Donna had stayed at school, if it had been a nice day, Judy would never have been born. There were so many “ifs.” Her reference point was always after the crash and as she later would claim, the crash site was a “place of an end—and my beginning.” It would unknowingly shape her life from the time she was a babe in arms. Her mother couldn’t breast feed a child who looked so much like her sister. Her father was often sullen and their marriage began to unravel. Judy wanted to know everything because she felt “caught between the past, the present and the future.” Her beloved sister Linda, who had survived the crash, needed to look beyond her physical scars, Judy needed to look beyond the emotional. Just what had happened that day? Why was she so conflicted? Why, why, why? Why did Dr. Horowitz ask her parents “Have you two thought of having another child?”

This stunning memoir is a tribute to a family that was unwittingly torn apart by circumstances beyond their control when an American Airlines flight crashed into their building on January 22, 1952. It was heartbreaking, shocking, and at times, even warmed my heart. I wanted to read this book because a friend once said to me, “How would you feel if you were the replacement child?” Judy Mandel says in no uncertain terms what it is truly like to be one and made me understand what can happen when parents agree with the Dr. Horowitzs of the world. I was simply mesmerized with this story and how well it was written. People may object to the title as it will strike a cord with many, but when I read lines such as “the only cry in her short life I was unable to answer,” in reference to Donna’s struggles, this struck a cord with me.

Quill says: This was one amazing memoir!