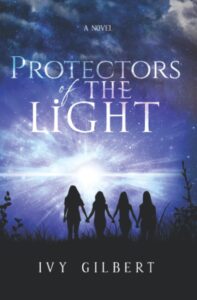 Protagonist twins, Hannah and Nick Hanlon, in their childhood up to their teenage years were close and happy as could be, despite their differences, living under the same roof with their loving parents in Maine. That is until Hannah got involved in a car crash. She was eighteen at the time, went through a near-death experience, and got back to life with a mission - to protect the light. A divine purpose transcending centuries to keep the light of the world intact, each rightful protector must accept the task wholeheartedly. In the case when a current protector cannot directly pass the baton to the next, then a bridge has to carry it on until the next protector is ready.

Thirty years later, Hannah and Nick are nothing but estranged siblings. Right after her accident, Hannah suddenly felt abandoned when Nick decided to attend the University of California-Berkeley instead of the University of Maine, which was what they’d previously agreed upon. That was the start of their drifting apart and the only thing that brought them back together was the death of their father. Their mother died a few years before, so now, their family home in Maine needs to be tidied up for selling. Hannah now lives in Boston while Nick’s staying in New York, so there’s no point in keeping this house since their distance won’t call for a reunion any time soon.

The moment Hannah arrives at the house, she discovers a package right at the doorstep. It’s addressed to her, so she opens it after settling down but gives no further thought about it after seeing the contents. After all, the items - a journal and a disc - seem like a puzzle meant to be solved and with all the confusion and heartbreak she’s dealing with at the moment, she doesn’t need any of that right now. What she needs is strength to face her twin brother when he comes to help her clean and the willpower to pretend that nothing has changed between them.

Ivy Gilbert’s Protectors of the Light starts, literally and metaphorically, with a bang. It’s curious and fast-paced at the start, which pulls the reader in to keep on turning the pages. However, the pace proves to be inconsistent, as there comes a time in the middle when everything becomes a drag to read. At this point, the journal entries are saying the exact same thing and outside of that, there’s little progress to the plot. There are times when it’s implied that Hannah or Nick already figured something out, but then a few chapters later, it will be explicitly revealed that they’ve only been realizing things now, such as Naeemah and Iris’ deaths. Then at the end, it gets back to that fast pace again leaving a lot of questions behind. In some parts, the tone seems careless, with poor choice of words - a lot of telling but no showing.

When it comes to characterization, Hannah and Nick are leaning more toward the unlikable side. Hannah does not know her self-worth and has seen herself all her life as a doormat. Growing up, she’s always been jealous of Nick, but held on to the fact that her parents kept saying she is the “strong one” - whatever that means. In her marriage that’s barely keeping itself together, she lets her husband dictate the course of their relationship, as if she didn’t have a say in it. Her husband is not manipulative; he’s nice and caring, but Hannah just lets him decide for her. Nick, on the other hand, has always been the lucky and smart one - always at the right place at the right time. This take loses its taste because it's next to impossible. Who gets it that easy in life? What’s odd is, despite all the luck he’s been getting, Nick is always snappy. His mood swings are terrible and they’re getting more frequent, while Hannah is the one keeping it all together, on the outside at least. Yes, this is fiction, but it’s obvious that Gilbert has overdone it. Neither Hannah nor Nick is relatable because they’re both at the extreme ends of the spectrum.

Plotwise, it was unclear at first what they are actually protecting and why there is a need to protect it. The purpose is explained in a rush at the end. But a few things were still left behind such as the relationships in the remaining members of the family, the secrets they’ve been keeping, the siblings still not telling each other completely what they know, and last but not least, the reason why all protectors have always been women and men were only bridges. This is not to say that women should not be chosen as protectors. It’s just that the foundation behind it should have been more solid for it to be more believable. It’s kind of frustrating thinking that the end would clear everything up but that’s not really the case.

Quill says: Protectors of the Light would probably be best enjoyed by younger, more formative, readers exploring these kinds of stories for the first time. It is certainly a thrilling read, however, the characters and story can feel contrived past the point of believability.

For more information on Protectors of the Light, please visit the author's website at: ivygilbert.com/