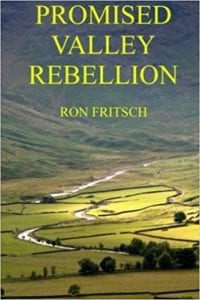 In a time long before our own, two very different societies of people uneasily cohabit a mountainous land. In the lowlands, the people live an agricultural lifestyle in the fertile valley that their legends say was awarded to them by the gods. The people of the hills live as hunter-gatherers, foraging what resources they can from the harsh terrain. In both societies, the punishment for crossing the boundaries that separate them is a traitor’s death.

Morning Sun, prince of the valley people, is coming of age with his lifelong friends, Blue Sky and Rose Leaf. As their minds and bodies mature, the innocent simplicity of their childhood relationships has blossomed into a complex emotional web, and they struggle to cope with new feelings and remain true to themselves and to each other.

Morning Sun and Rose Leaf want to marry, but their parents inexplicably refuse to bless the union. Blue Sky is determined to find out why even as he and Morning Sun are separated from their families and each other and obliged to live in defensive encampments at the kingdom’s edge. Little does he realize that the truth will jeopardize his friends, his honor, and everything else he holds dear.

The sociopolitical framework of author Ron Fritsch’s invented demi-utopia appears to be an idealized hybrid of nature-based indigenous societies and the strict hierarchy of the feudal system. In this fictional realm (which is never actually named in the book) the population is ruled by two branches of power: the deputies, whose responsibility it is to enforce the law; and the tellers, whose function is to serve as conduits of the gods’ knowledge, preserving oral traditions, settling disputes, and offering practical and spiritual guidance. Tellers are the only ones who can track the days and seasons and tell the farmers when to plant and harvest their crops; an absolutely fundamental contribution to the agricultural society in which they live. Also unique about the tellers is that they “go with” those of their own gender, unlike the townspeople who are mostly farmers and live solitary or heterosexual lifestyles.

Although they live in a distant place and time, the people of the promised valley struggle with the same issues of peaceful coexistence that we face today. This book explores human differences in many forms - physical, psychological, and cultural - with keen insight and tasteful honesty. Fritsch develops his characters with sensitivity and depth, and their youthful optimism and enthusiasm ring so genuine that only the most cold-hearted reader could resist rooting for them. Shining through the simple but expressive prose is an underlying affection for the human condition: vulnerable, frequently confused, but always capable of great heroism and love.

This is ambitious fiction, at once entertaining and bursting with thought-provoking allegory. Readers are sure to be enthralled by Fritsch’s elaborately conceived, carefully outlined society and the characters who inhabit it. Fortunately, there is a sequel! If you enjoyed learning about this book, stay tuned for our next review of the following book in the series, Promised Valley War.

Quill says: Promised Valley Rebellion is more than just interesting fiction; it’s relevant social commentary with a comfortable cushion of historical context. An absorbing story that will leave the reader with plenty to think about.