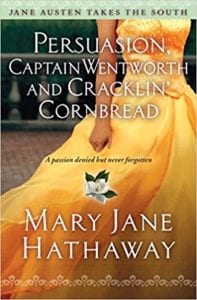 Lucy Crawford was born into a wealthy Southern family. Through the years, the Crawford family history achieved notable recognition as a solid mark in local circles. Growing up, Lucy experienced first-hand a life of privilege. After Lucy’s mother passed away, the grandeur and glory of the stately antebellum mansion assumed a similar decline as it fell into disrepair that was compounded by a mounting debt her father chose to ignore. It would seem the only remedy to climb out of the current situation would be to sell the mansion. That is until Lucy’s Aunt Olympia comes up with the brilliant notion of turning a portion of the mansion into a free clinic.

It’s difficult enough to struggle through the day-to-day battle of growing debt with little income to combat the mounting bills, but Lucy is willing to at least consider Aunt Olympia’s scheme. There is a kindness and generosity in Lucy’s soul that comes around to Aunt Olympia’s way of thinking. However, when she learns the clinic entails the return of her high school sweetheart, Jeremiah “Jem,” who just so happens to be one of the doctors to treat these less fortunate creatures, Lucy suddenly believes she was a bit too rash in agreeing to her Aunt’s terms. The thought of seeing Jem ten years after she broke his heart resurrects memories and feelings Lucy refused to let surface again. She struggles with her guilt and wonders how she could possibly face a man whose heart she had broken so long ago. Her decision hadn’t come easy. In truth, it was a decision that was made for her given the deeper loyalties she had for her family at the time. The heart knows what the heart wants and sometimes no matter how hard one tries to bury the feelings, the heart does persevere—whatever the outcome.

Mary Jane Hathaway solidifies her love and affection for the iconic Jane Austen once again in Persuasion, Captain Wentworth and Cracklin’ Cornbread. She takes the reader on a journey of a cat and mouse love story and channels the premise beautifully between her two main characters: Lucy and Jem. There is much to be said about the complexities of a love that is meant to be and whether it will survive the peaks and valleys true love demands. This is what Hathaway masters in this story. She knows how to get the story down on paper and convince the reader to maintain hope along the way. There are no elaborate pontifications in the dialogue, or tedious passages leading up to or affirming the conversations thereafter. Rather, there is a balanced flow throughout the reading journey. Hathaway applies tongue-in-cheek humor at the appropriate moments as much as she infuses heartfelt prose in others. This is a light and enjoyable read that captures the reader’s interest throughout.