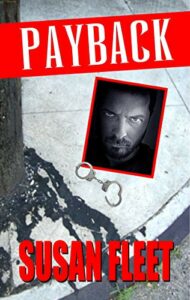 Convict Brian Devlin is down to hours before he is released from FCI Ray Brook, a medium security federal prison in upstate New York. Devlin is native to South Boston and he can’t wait to get back to life outside of prison. He can hardly contain himself when he thinks about the imminent reunion with his gal, Sunny. However, Frank Renzi is the one piece of unfinished business Devlin needs to take care of as soon as possible once FCI was in his rear-view mirror. Devlin has had lots of time to plan his revenge scheme while in the can and he is anxious to set it in motion. One minor detail that could present a challenge to his plan is the fact that the State thought it would be wise to fit him with the latest ankle bracelet model to make sure Devlin walks the straight and narrow and above all else, stays on the right side of the law.

Meanwhile, in New Orleans, Louisiana, Detective Frank Renzi is living a decent life. After getting the likes of Brian Devlin off the streets of Boston, followed by a nasty divorce and empty nest, all signs pointed toward the necessity of a change of scenery. Just when Frank thinks life is on the upswing, he catches a case that sets his life into overdrive once again. A ten-year-old boy minding his own business and doing his homework in his bedroom catches a stray bullet by a gang drive-by shooting. New Orleans is in the news again and tempers are flaring. Frank needs to button this case up sooner rather than later. What he doesn’t know is that while all his attention is being poured into this new case, Brian Devlin is perfecting his plans to derail Frank Renzi’s ‘happily ever after.’

Susan Fleet is a master with her Frank Renzi series. The book is set up with chapter upon chapter of mystery and intrigue that keeps her audience engaged in a page-turning frenzy to keep up with the twists and turns between New Orleans and Boston. She has that ‘Sam Spade’ gumshoe cheeky dialogue that is her signature style and it works! The scenes are set up with terrific balance and iconic descriptions of the scenery native to the area. She follows up great scenes with credible dialogue amongst the characters. And speaking of characters, Fleet nails believability with each fictional character introduced as the story evolves. I’ve had the pleasure of reading a few other titles by Ms. Fleet and I must say, Payback is yet another book she’s hit out of the park. Well done!

Quill says: Payback is the perfect title for a story that truly takes the premise of "Payback" to a heightened level and then some.