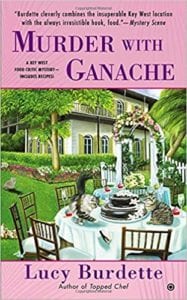 “Chad was a loser,” Haley’s mom self-righteously spewed out over drinks. Good to know as they say, but Haley already knew that. She’d come down to Key West with him and now he was history. There weren’t going to be any wedding bells with the guy with the “shifty eyes and the clammy handshake,” but they were going to be ringing for Connie and Ray. Connie was Haley’s best friend and she couldn’t be happier if it was happening to herself. The whole blended family was showing up for the big event. Haley’s family couldn’t be any more blended had they all been thrown into a Vitamix.

Haley’s mother was now with Sam Cooper and her father, Jim Snow, had been married to Allison for some time. Haley had always been fond of Allison’s son, Rory. Her stepbrother had long passed the cute, cuddly stage and now was a fifteen-year-old whose idea of fun was not being with the Vitamix crowd on vacation. Haley was glad to see them all when they arrived, but she had piles of work to accomplish before the wedding. A couple of hundred cupcakes had to be baked for Connie’s wedding and cooking up a food review for the “Key Zest” wasn’t too much to ask for. Haley was practically “emotionally fried” even before a single cupcake was frosted.

Jai Somers, director of Project Lighthouse, had a missing teen on her hands. Haley and Jai had become great friends and in addition to everything else she had to be on the lookout for Mariah. Rory was already MIA so adding yet another teen to scout out was nothing. Ugh! Haley asked Lieutenant Torrence for some assistance, but ultimately it ended up being a family affair as they looked for the kids. “Oh please God, let him be alive,” Allison quietly exclaimed as they spotted Rory’s seemingly lifeless body on a rusty old sailboat. He was ... barely, but there was the matter of that purloined Jet Ski and a little something else. It was a body in the mangroves. Could Haley ferret out what really happened in the mangroves before Rory ended up there too?

Haley Snow is one of those female sleuths who is easy to get hooked on. She claims that “Nothing would thwart Mom’s drive to make me a match,” but no doubt she’ll make her own. There’s just a little hint of future romance coming up that fans of the Key West Food Critic mystery series will love. This was a fun, quick read with the type of plot that definitely hooked me. There was that corpse in the mangrove, stolen treasure, and, of course, that Vitamix family who could be totally entertaining at times. A little pre-wedding catastrophe lurked in the background, making it even more interesting. Murder with Ganache was a cozy mystery with a lot of panache and Key West zest everyone will love!

Quill says: From cupcakes to corpses, Murder with Ganache is a recipe for irresistible sleuthing with Haley Snow in Key West!