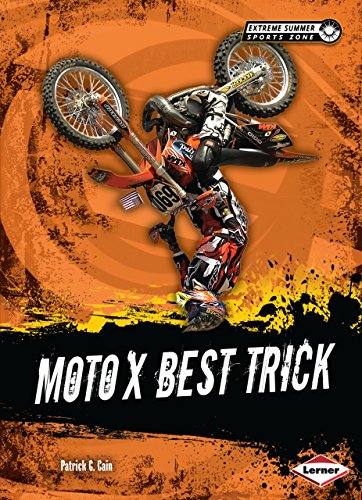 Motocross bikes weren’t really meant for trick performances, but in 1993 when “Bob Kohl became the first person to perform a backflip on a motocross bike,” riders were hooked. The bikes grew bigger, the riders more daring, and motocross took off. The tracks that were once designed for motocross races began to be used to perform tricks. It wasn’t long before “ESPN X Games motocross best trick competition” began to attract pro trick riders, who made the stunts more radical and exciting than they’d ever been. Of course safety pays in many ways and rider’s have to wear goggles, knee and elbow guards, boots, a helmet, gloves and a neck brace.

Motocross is not a new sport, but has been around for a long time. It started in “England in 1924 with an off-road event called Scrambles. The bikes were small, the races were only fifty miles, were on dirt and field tracks which weren’t consistent in construction. It was a European sport, but made its way to America in the 1960s and took off when stuntman Evel Knievel pushed the limits with his tricks. Supercross was born as were indoor stadiums that brought consistency to the competition. By 1999 freestyle motocross was in the game.

Riders like Travis Pastrana became superstars and, along with other riders, created “stunts that keep getting better and better.” Bike companies, who sponsored riders, made improvements to the bikes because “the better the bike, the better the trick.” Other companies like Red Bull and Mountain Dew also backed the riders. In this book you’ll learn about star riders, how they train for advanced tricks, what kind of bikes they use, safety measures they take, the moves, how they become champions, and you’ll learn many other interesting things about the extreme sport of motocross best trick riders.

This is a fascinating book about the Xtreme sport of Moto X best trick riding. The vibrant layout of the book brings the sport to life with its high-action photographs as bikers race through the pages. Numerous informative sidebars, some in the form of captions, crisscross the text. For example, the young reader will learn about things such as the equipment, The X Games, and various riders. Safety is obviously stressed, but nicely incorporated into the book, including in a sidebar. This is an excellent choice for young sports-minded readers, especially reluctant ones. In the back of the book is an index, a glossary, and additional recommended book and website resources to explore. There are additional free, complementary educational resources that can be downloaded on the publisher’s website.

Quill says: If you have a youngster who loves street sports, the Extreme Summer Sports Zone series is one to take a look at!