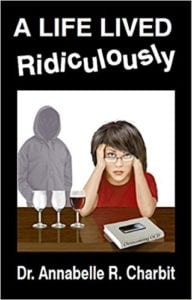 From the very beginning of this novel readers will smile; they will then reach ‘all out laughter’ by the second page. The amazing thing about this story, however, is that laughter turns frightening when the author offers up a twist that readers will not see coming.

Maxine is a twenty-eight-year-old Jewish girl living in London. This is a brilliant woman who is studying to be a scientist and taking classes at the University. Her reasoning for becoming a scientist (as she tells one of her professors) is that she can’t stand not knowing how things work. At times, Maxi thinks she’s losing IQ points when she misplaces her car, and acts a bit scattered now and then, but it’s not true. What she’s experiencing when her mind whirls and she thinks about numbers, becomes paranoid by clutter, rearranges the furniture in her apartment forty-five times in an hour, or when she keeps burning her fingers on hot light bulbs because she cannot find a lampshade that provides soothing illumination to her bedroom, has nothing to do with her IQ - it is a case of a person dealing with obsessive compulsive disorder. Of course, it is a bit difficult to achieve that diagnosis when you are surrounded by the people who surround Maxi.

Maxi comes from a wealthy family. Her mother is more than a bit overbearing and a real pain in the butt. All she seems to care about is entertaining, traveling, and constantly yelling at Maxi about how she’s not dressing properly or combing her hair suitably in order to catch a nice young man. As far as Mom is concerned, give up the science and hit the streets until you get a husband. (This is not the woman you call when you want to be talked off a window ledge!) Dad is a bit nicer about it, admiring his daughter for her achievements but he, too, wants her to walk down that aisle. When readers first meet this group of ‘marriage-mongers’ the laughs commence, especially when the two grandmothers try to ‘one up each other’ by having a contest to see which one has to take more painkillers in order to reign as ‘Queen of the Pity Party.”

At this particular party, it is Aunt Muriel who appears with another young man for Maxi to marry. Sam is hunched over like a toad, has no earlobes, and once he speaks, he lets everyone know that all of his family and girlfriend have died from various causes. This is not the guy to have around for ‘light and airy’ conversation. Maxi most definitely is not attracted to him, once again spoiling the family’s hopes that she will don a wedding dress.

As the story goes on, the author does a wonderful job of combining humor with some pretty harsh events. Maxi ends up liking Sam, and her obsessive compulsive personality comes to light. All of a sudden she’s not the one running away, she’s the one trying to figure out what his problems are and why he acts so strangely all the time. Sam eventually goes from a nice ‘nerd’ with serious problems to more than a bit creepy. Maxi soon finds herself in a desperate situation where facing a broken heart becomes far less important than surviving a sociopath.

Maxi is one of those women we can all identify with. The outlandish humor mixed with the fantastic dialogue, makes Maxi a character you want to stand up for, be best friends with, and even help ‘take out’ the people who make her feel sad or miserable. An unforgettable character all the way around who makes a solid point and attempts to stay balanced in a world that is out of control.

Quill Says: Laugh, cry, laugh, believe, laugh, be shocked and, above all - laugh! An author who brings humor to every page she writes.