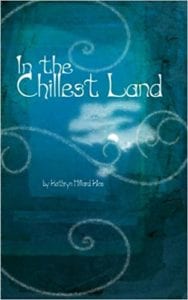 What happens when you find out that the creatures you’ve always assumed to be horrible monster turn out to be, well, not so horrible? That’s the question author Kathryn Klos asks the reader to consider as she continues her story of the peaceful, submissive Zai race of humanoids and their tormentors, the vicious, cruel Banli.

First, a quick recap – in the first book in this series, The Storyteller, we meet Maryan, a Zai slave whose planet has just been attacked by a brutal race known as the Banli. These creatures “harvest” what they want and destroy the rest. The people they harvest either become slaves or the next meal for the Banli. Through a series of events, Maryan and her new Banli master discover a bond that no other Banli/Zai pair has ever experienced. Maryan learns much about her Banli captors, including the fact that they aren’t the terrible monsters most of the universe believes them to be.

As In the Chillest Land opens, Maryan and her group of friends (Zai and Banli) have settled on the planet of Kansas. Some time has passed since the events in the first book and the group has enjoyed a relatively peaceful existence. But WorldGuard Warranty Insurance, the company that sells policies to planets to protect them from the Banli, is still active and bent on destroying the Banli race. Maryan has a friend working on the inside, but when the friend is transferred to another division of WorldGuard, Maryan needs to find another willing spy. Garet, a Zai slave who was rescued by Maryan in The Storyteller, becomes that spy. She gets a job with WorldGuard and is prepared to report back to Maryan. It appears to be a fairly straightforward job for Garet, but things are never as easy as they initially seem.

When Garet arrives at her new WorldGuard assignment, working onboard the Russell Sheridan, a transport vessel, she quickly makes friends with Ani, another new employee who comes from Earth. The two are charged with watching over a group of Banli captives – a few women and their children. While the Banli initially fear Garet and Ani, they gradually come to trust them, especially since Garet speaks Banli to them, something the other humans don’t, or won’t, do.

When Garet learns of WorldGuard’s plan for the Banli captives, she and Ani hatch a plan to free them. The escape requires the use of a small vessel and tricking a fellow WorldGuard employee, Foster Olin. But when things get slightly out of control, Foster is forced along on the trip. Garet hopes to make it to the planet of Frindiss, where Maryan’s sister lives. Unfortunately, a Banli Harvest Cruiser gets to them first, and soon, Garet, Ani, and Foster are the prisoners and their future looks bleak. Will the Banli kill them, make them slaves, or will Garet, and her deep appreciation for the Banli race, be able to win their favor?

Like The Storyteller, In the Chillest Land presents a story that asks who the real monsters are in the universe. Are the Banli a horrible race of creatures who deserve total annihilation in order to keep the rest of the cosmos safe? While the first book asked this question primarily through the experiences of Maryan, a former Zai slave, in this book, we see the life experiences of several characters, and how those experiences have shaped their opinions. Garet, raised a Zai slave, but having loved, and been loved, by her Banli master, hopes to bring peace, while Foster, a man who has experienced untold horrors at the hands of the Banli, wants nothing but their destruction. Then there’s Ani, who holds secrets from her past on Earth that could determine the outcome of Banli/Human relations.

While the main theme of this tale is the Banli/Human conflict, this is really a character driven story. Maryan takes a back seat in this book to Garet, a woman who grows into a much more assertive, brave, and resilient person during her time at WorldGuard and then on board the Banli Harvest Cruiser. Foster seems to be, reluctantly, developing feelings for her but she appears more interested in a certain Banli. Other characters find love and/or understanding between the races as they learn more about each other although I’d have to say that the standout character was Maola, a Banli woman who wanted nothing to do with the humans.

Should you read The Storyteller before reading In The Chillest Land? Absolutely. This is not a series where you can dive into the second book and really understand the relationships and the deep meanings behind the hate and mistrust without starting at the beginning. While the writing was a bit stiff in spots in the first book, the author finds her stride in this book and presents a story that is fun to read and really gets the reader to invest and care about the various characters.

Quill says: Start with The Storyteller, and then move on to In the Chillest Land. Be prepared to be carried to faraway worlds where all is not as it first may appear, where battles rage throughout the universe, and love can be found in the most unusual places.