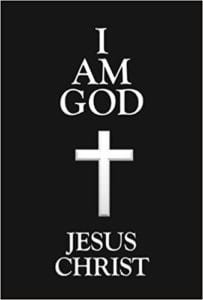 Our journey begins with a true miracle birth in a small town. His beloved mother had been told by medical professionals that there was literally no way she was going to be able to deliver her son. Not only did she deliver, but the boy was very much alive and the lovely relationship they had was truly a beautiful beginning for the young boy. Mom had an amazing work ethic, and she and the young boy’s stepfather (who was a carpenter) gave him one of the happiest, warmest childhoods anyone could ever ask for. Rejecting teenage rebellion, the boy seemed to live like a saint. Although he and his siblings wrestled and played like all young people do, this boy was friends with his whole family and honored his mother and stepfather.

Filled with fascinating history, the writer leads us through the “Second Coming of Rome.” He points out the similarities between the mammoth Roman Empire and the U.S.A. Comparisons such as the huge Roman temples with pristine marble columns were much like the ones that stand at the front door of The White House; the building, oddly enough, that heralds the presence of the Commander in Chief – a designation much like the Emperor who stood high above the social, political, and cultural classes of the people he led. From the resemblance of The Coliseum to our own public stadiums where our gladiators of the gridiron battle to be triumphant, to our roads – highways stacked upon highways offering an informal "gate" into our many cities. Instead of togas, of course, we have turned to business suits. Where there was once Optimates and Populares that stood on marble steps debating the rules and laws of their people, now the Democrats and Republicans debate in the Senate and the House, trying with all their might to keep or change laws that affect the people.

As the story becomes more personal, readers are taken down the winding path of adolescence. At this point in his life, our writer is yet unaware that he is not only living in the Second Coming of Rome but he's also the Second Coming of the Christ that so many of us worship. Growing up in a secular, non-Christian home, our writer advises us that one of his most powerful gifts was the ability to use words. As an orator in school his classmates would listen attentively every time he spoke. Although highly self-confident as a teenager, he makes sure not to affix the title of braggart to his youth. In fact, he was a hopeless dreamer, a self-labeled word geek who was truly in love with books.

As he entered his college years, our writer discusses a variety of concepts that readers will perhaps dislike, while others may see as a transformation – a way our writer was able to stumble and trip on life’s lessons. Discussing romance, and the yearning to have a girlfriend who would love and care for him, the author also delves into more explicit subjects such as drugs, raves, and pornography. He explains the reasons why he rejected the Bible and its contents, converses about war, the infrastructure of the American economy, and the moral confusion that set in when he was a young man. From the power of music to the joy of dancing, the writer goes through many different facets of how he became, and why he refers to himself as Godman among other titles throughout the text.

Sections of this book can certainly be recommended such as the historical facets of the story, as well as the in-depth private feelings that are discussed about the hideous nature and repercussions of drug abuse. However, to be fair, there are also many subjects and situations in this book that are absolutely up to the individual as to what they believe, think, understand, and take away from this reading experience.

Quill says: For the many souls out there who need help, support, and love – who are facing some extremely difficult decisions when it comes to drugs and the pain of being misunderstood, there are parts of this novel that are truly inspirational. For others, anger will be the only emotion felt when reading parts of this book that certainly do not come close to their belief system.

For more information on I Am god, please visit the book's website at: Iamgodjesuschrist.com