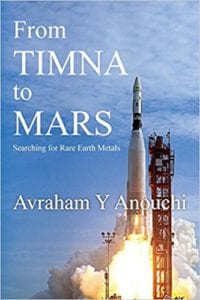 For the mass of readers who want nothing more than to be swept up in a super fast, thrilling ride with spies, counterintelligence agents, masterminds of science, and countries that rule everything from the world’s finances to industries across the board - THIS is the book for you!

An F-16 falls from the sky as the pilot parachutes out and is saved…An F-16, with an Ace pilot at the helm mysteriously crashes in Oahu…A KGB officer is told to find the answer to a mysterious 1908 explosion in order to discover a special substance that the Kremlin wants before anyone else has a chance to get it... And all this in just the first two pages.

Professor Daphna Amran is a brilliant woman who has a slight obsession when it comes to King Solomon, and finding the location of anything that he left behind from his reign. When she is excavating and stumbles over the opening to an unexplored cave, she is beyond excited. However, she gets even more so when the samples she brings back to her lab show a very rare metal embedded in the sediment. The presence of this metal will open up a huge race between superpowers, as well as the ‘junior,’ Israel, as they struggle to find a way to get this rare-earth metal before it’s too late.

Daphna’s husband, Avner, has his own long resume, and he becomes more than a bit interested with his wife’s discovery. He and his company soon land a contract to build a certain piece of technology that will be able to find these rare-earth metals in space - whether that be on asteroids, Mars, or anywhere else in the big dark solar system.

This is a very important project. After all, scientists have told the people in power, from the President to the Prime Minister, that rare-earth metals disappearing is not an issue to ignore; if they are lost completely, before no new source is found, industries would go bankrupt and the entire economic state of the world would basically fall apart. Unfortunately, as with a great deal of important matters, the scientists are ignored.

Things change, of course, when agents and spies get involved, all doing their best, playing their greatest roles, using code words, and meeting up with people who may or may not be on their side, to steal technology and information. In this case, ignorance is no longer bliss.

The red herrings are many, as various characters from the CIA, FBI, Mossad and more, race against each other to be the first to discover a new source of these metals that would put their country in the driver’s seat when it came to wielding power. As Daphna and Avran work with friends, as well as others who may be more than a bit shady, to build a technological marvel that will locate these rare-earth metals, each and every country vies to steal the data in order to claim success for themselves.

The oddest part? The source that must be found may be far closer than anyone think; and the realm of an ancient King may just be the link they need to find it.

Quill says: Fast-paced, exhilarating and extremely intelligent, there is not a moment of downtime in this incredible novel!

For more information on From Timna to Mars: Searching for Rare Earth Metals, please visit the author's website at: www.AnouchiBooks.com