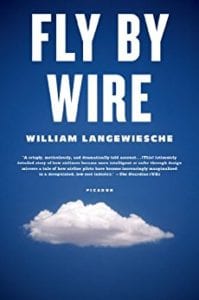 There was an inquest. There always manages to be an inquest by the NTSB when something goes wrong and in this case, when Captain Chesley "Sully" Sullenberger successfully landed his plane in the Hudson, there was going to be one again. By the third day, few remained in the audience because no one really was interested in any besmirching of their hero's reputation nor that of his crew. The landing was a miracle in many eyes and most would rather leave it at that. There were questions and answers however, which although briefly touched upon, would remain unasked, unanswered. Was there another hero on that plane, flying right along with Sully?

The Captain and his crew, no doubt, were experienced and not one "you wanted to complain to about the peanuts," because they were consummate professionals and were there to do their jobs. Jeffrey Skiles, co-pilot, and Sully were on the last leg of a four-day trip on that fateful day and were anxious to finish up so they could go home to their families. Another less talked of member of the crew was the plane itself. There are those, such as the test pilots who "believed that the airplane's functioning was a vindication of its visionary design." Perhaps Sully's "ultimate success was not what he did, but what he chose not to do." There had been crashes with fly-by-wire Airbuses before, but why was this landing so different? What was it about this particular plane and the choices this reluctant hero had made that saved so many lives?

After Sully's "magic carpet ride" into the Hudson, William Langewiesche began his quest to talk to those luminaries of the past like Bernard Ziegler who, after his magnificent engineering feat in the creation of the Airbus, claimed that "it could be made so safe and easy to fly they would be nearly pilot proof." Yes and no. Perhaps "in the extreme [the Airbus] will intervene to keep people alive," but Langewiesche magnificently sorts the capable masters like Captain Sullenberger from the inept. Who were these incompetent pilots? Why did they fail? Why and how did Sully make a perfect landing with a perfect plane when others not only lost their lives, but the lives of their innocent passengers?

This was a particularly mesmerizing book, not necessarily because of the "hero" aspect of it, but for me it was the fascinating historical aspect of aviation, in particular the history of the Airbus, its successes, its failures and the technological advancements geared toward safety. There was in no way, shape, or form any effort by the author to debase Captain Sullenberger's efforts. Indeed I found this to be quite the contrary with statements such as, "It was a beautiful piece of flying" and "he was a pilot at the peak of performance." The intent of this book was to delineate the magnificent strides toward safety via planes such as the Airbus, who was behind the engineering and how this was accomplished. Langewiesche clearly and capably wove an astonishing tale you won't forget any time soon.