FLICKS: A Tale of Cinematic Docudrama, Half-Truths and Half-Fictions 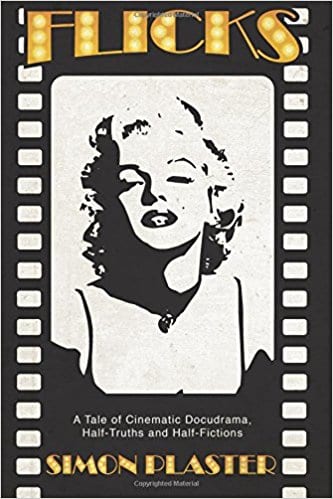 FLICKS: A Tale of Cinematic Docudrama, Half-Truths and Half-Fictions

For those who have fallen in love with Henrietta from Oklahoma – the journalist who one day wants to win the grand prize for “serious” reporting – you will be happy to know that she is back. Not only is she knee-deep in yet another case, but she has also gotten into the middle of one that “stars” one of America’s favorite all-time actresses, Marilyn Monroe.

We begin by sitting beside Henrietta in the OKC SCENE News Group’s reception area, kicking herself. Not literally, of course, but she is still recovering from the fact that another reporter, Sylvia Bird, reported on a story incorrectly. Henrietta knew the real truth and wishes she had snagged the headline; not only would it have been factual, but she would’ve also moved a step up in her career instead of down. Now, here she is just waiting to be canned, because the OKC scene she was employed to report on – the Weekly Stockyards’ – has lost its main attraction by burning down. Instead of a firing, however, her boss does not send her packing; he assigns her to a new scene and wants nothing but good vibrations to print as the city heads toward this weekend’s upcoming Film Festival.

Attempting to correct her co-worker’s first story, Henrietta comes up against Deano DeBoffo once again. This is a man who is quite literally stranded in OKC by the FBI and others. He has been accused of shady activity. Not a stretch, considering this is a man from Hollywood whose real name is Cosmo and who has a background in criminal activities. Under the DeBoffo name, he is known as a famous producer/director in L.A. Wanting nothing more than to get out of the Sooner State, DeBoffo ends up running into a screenwriter who claims to own a large, long-hidden secret: a loop of film that shows Marilyn Monroe in some pretty…sexy ways and unveils the facts as to how and why the bombshell was killed. He wants DeBoffo to work with him to create a docudrama that he is sure will bring in lots of cash.

Enter a man named Jim Bob who is both high school Drama teacher and wannabe actor. Oddly enough, he is also a Monroe impersonator. This comes with both downsides and upsides. Downside being that men seem to forget that he is not Ms. Monroe and wish to have a fling with the star; upside being that Jim is cast in the DeBoffo docudrama not only as the “villain/enemy” of Marilyn’s but also as Marilyn, herself.

More, you say? Well, throw in the Speaker of the Oklahoma State House of Representatives (a politico known as “Dobber”) who wants nothing more than to cancel funding for the arts, yet at the same time becomes enthralled with this documentary and wants to be part of the cast up on the big screen.

In other words, you have a cast of characters that is unforgettable. This is a few days of Henrietta’s life that will open new doors to her reporting career. Especially when these “half-truths and half-fictions” come together to reveal a startling ending to Marilyn’s life that no one saw coming.

This author has consistently done a bang up job when it comes to Henrietta and the world around her, and this new tale is no exception. Although having the ability to stand-alone, the story is far more fun when you go back and jump on the reporter’s bandwagon early on. With writing on the sarcastic side, liberal use of bold type versus regular, and with some characters sporting an accent (AKA: words spelled in order to capture that southern vibe) readers should be prepared for a slightly bumpy ride. But, no worries, you will get used to the author's quirky voice.

Quill says: Hopefully the “star” reporter will appear again soon, as readers cross their fingers for Henrietta to bring home that ultimate prize!