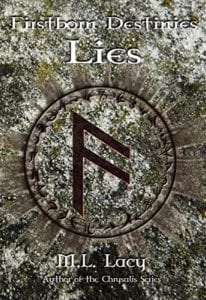 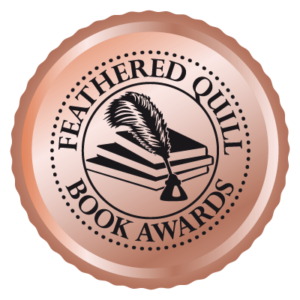 There was little that Kelsey Johnson remembered about her parents as she was told they died in a house fire when she was just a small child. Her grandparents had raised her, and all her memories revolved around them. Now a grown woman, her grandfather had already passed away and her grandmother was nearing the end of her own life. Terrified of the thought that the last of her family was about to leave her, Kelsey is not prepared for the information her grandmother gives her while laying on her deathbed. Apparently, the truth about her parents was kept from Kelsey for her own protection. Her grandmother tells Kelsey her parents did not die in a fire, but rather had to abandon Kelsey because the place they had to go would not be a safe place to raise a child.

Suddenly Kelsey’s world is turned upside down as everything she thought she knew about the past turns out to be a lie. Her few clues to what really happened to her parents are written down in a box full of cards and letters that they sent to her grandparents for the first few years after they left. However, the letters don’t give much information on where they could currently be living except that the postmark is from a small town in South Dakota. One part of Kelsey’s mind is thinking that she should make a trip to this small town just to see if she could uncover any information about where her parents are currently living. However, the other part, the more sensible part, is telling her to just leave the past in the past and move on with her life and don’t think about the unanswered questions. Ultimately, curiosity takes over and Kelsey decides to take a two-week vacation to travel to South Dakota and just see what comes up. Kelsey reasons that at the very least, the trip will at least give her time to recover after her grandmother’s passing.

As fate would have it this trip turns out to be anything but a simple quest for answers, it ends up changing Kelsey’s whole life. On her first day in town she meets a man named Justin who has an amazingly strong pull on her as if she was meant to meet him. The attraction seems to be mutual as Justin asks her to go to dinner the next night. As Kelsey and Justin get to know each other the secrets of the past will start to unfold.

It took all of three pages for me to start enjoying this book and it kept my attention to the very end. The main character of Kelsey was one that I instantly connected with and I found myself cheering her on through all of her trials. It’s always fun as a reader to put yourself in the character’s shoes and with this story I felt as if I could see everything through her eyes perfectly. This is a wonderful start to such an exciting series and I cannot wait for the next installment to come out. Please Ms. Lacy, hurry up with book two!