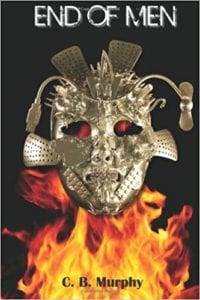 This extremely interesting book explores many aspects of humanity. The transformation from party/hippie life to responsible adult; the battle between conformity and suburbia versus a life of freedom that allows you to do anything you please with no regrets or thought to societal rules and regulations; the chemistry between parents and their children who have completely opposite goals and are willing to lie in order to achieve them - all sorts of areas are covered in this novel of humor, grief, mystery, the occult and the ups-and-downs of everyday life.

Ben is a man who works in the financial world behind a desk, wearing requisite tie on a daily basis. But after losing his father he's taken a bit of a sabbatical, which he adores. He can play in his garden and think all the thoughts he wants to without anyone breaking in and taking away his free time. Kay is Ben's wife; she took her job at the art gallery a while ago and treated it as one of those frivolous things you do when your husband is the mighty breadwinner and your paycheck is only for 'fun.' But with Ben out of work, she has become the 'man of the house' and lives a life dealing with the fact that she should have a baby - especially for her mother-in-law who so wants one - while attempting to break away from the beige life in suburbia.

Across the globe is Shiraz - a woman who's extremely talented - and Gordon, her own 'Yoko Ono,' so to speak. Gordon was her teacher at one time, they became an item and have lived as if they were a part of Andy Warhol's 'Factory;' they work with artists, run a school, and are attempting to finish a film that they began years ago. Gordon's getting older, watching his lovely Shiraz fall for and sleep with a young man named Antonio. He and Shiraz's relationship is becoming more and more strained because of financial difficulties, yet their conversations range from film noir to selling paintings neither one of them like in order to pay the bills to an obsession with Aleister Crowley and the various initiations and beliefs he had.

These two people also knew Ben during his college years, so when Kay calls them on the phone and begs Shiraz to come to the City because she needs a 'name' in order to get her art show off the ground, they travel there. Kay needs a celebrity to get the money necessary to put on her show...and Shiraz and Gordon simply need the money. But when the past and the present meet, Ben and Kay end up accepting an invitation to go to the island and visit. From there, secrets from the past, unrequited love, erotic adventure and a film that may just end up in violence and death, come into play. <p<>This author has done an interesting job combining historical truths, eroticism and violence all together with a couple who want to find love again, yet choose the oddest path to find it on. Readers will recognize names, such as Crowley, Warhol and others, but used in a context they may not have seen before. Advice? Enjoy the thought-provoking scenes leading to psychological games that will have you thinking about the book long after you're done reading.</p<>

Quill Says: An intriguing story with the best aspect being an incredibly memorable femme fatale!

For more information on End of Men, please visit the author's website at: www.cbmurphy.net