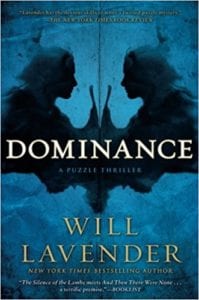 "What if literature is a game? ...what if a book, a novel, tricked us into believing it was real, but when we actually got into it – when we really read it, when we truly paid attention - we began to see there was a whole world behind the pages? A universe of deeper truths? And all it took was our ability to find the rabbit hole?" According to Dr. Richard Aldiss, hidden within the novels of Paul Fallows is the key to the identity of a murderer. Fallows inspired a cult following among literary academics obsessed with his works and the question of his true identity. Aldiss, a Fallows scholar himself, is serving two life sentences for the murders of two graduate students, whose axe-hewn bodies were found under piles of carefully placed books, a Fallows novel over each face. From his prison cell he recruits nine students in his controversial night class at Jasper College to find the identity of Fallows and in turn find the identity of the real murderer. Two students, Alexandra Shipley and Jacob Keller, follow clues found within the novels using "the Procedure," a game involving reenactment of the novels to unlock their deeper meaning. The map hidden in the novels leads them on a convoluted trail to a small town in Iowa, the home of a Fallows-obsessed recluse, an insane asylum, and ultimately to the identity of Fallows and the killer.

Seventeen years later, a former night class student is murdered on the Jasper College campus, his body found in the same disturbing fashion as the graduate students’ years before. Although Aldiss’s name was cleared by Alex and Jacob, the new murder casts fresh suspicion on him. He turns to Alex for help once more, convinced that one of the remaining night class students is the murderer. The students gather for the funeral in the huge old mansion of Dean Fisk, Alex’s former ally in her search for Fallows, and Alex must discover which of her old friends is re-creating the Fallows murders.

A note from Aldiss, "The Procedure has begun. Everything they say, everything you hear could be part of the game. Trust no one," and the discovery of an unpublished Fallows novel reveal that they are all in the middle of a new game in which the Procedure has deadly consequences. As more classmates die and the evidence pointing to Aldiss mounts, Alex must figure out who to trust and discover the truth in a world where the lines between fiction and reality have blurred.

Dominance is a dark, twisted, fast-paced novel that keeps one constantly guessing as Lavender deftly weaves together two intriguing mysteries. The integral role of the Fallows novels in the plot adds a rich new dimension to the murder mystery genre. The influences of Thomas Harris and Agatha Christie are apparent as Lavender captures elements of both while adding his own unique voice, although he doesn’t quite reach the psychological depths of Harris. Still, altogether a fascinating and original novel.

Quill says: An elaborate literary thriller that will captivate any book lover. Dominance reveals a world where literary obsessions can bring salvation or fuel destruction, where life and art are dangerously intertwined.