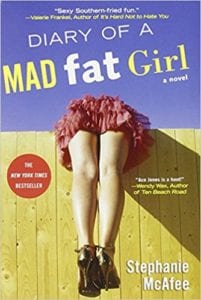 Every once in a great while the world receives a ‘gift’ when it comes to a book, and with these characters, plotlines, and nonstop humor, readers receive a truly unforgettable read.

Graciela Jones goes by the name of “Ace.” Ace has lived in her small town of Bugtussle for a good long time. Her mother actually despised the place, wanting nothing more than to move back home to Nashville. Unfortunately, a car accident took Ace’s parents away at an early age and she moved in with Gramma, the gardener extraordinaire.

Ace now tends that garden and keeps it absolutely perfect while she lives alone with her dog, Buster Loo, and complains more than once about her weight. Ace is a woman who was truly in love ‘once upon a time,’ with a man she met way back in high school named Mason. This is the ’it’ boy, the one who was handsome and generous and who loved her, yet her own self-doubt had Ace going out and breaking up with him time after time as they grew older.

Mason is living away from Bugtussle now, and Ace is a much-loved teacher at the school that she can’t seem to stand anymore. Her two best friends also have some major issues. Chloe is married to a man who abuses her constantly, yet Chloe won’t leave the guy or even admit to his tons of affairs and humiliation tactics because he puts on a political grin in public. And…Lilly. Lilly is an ex-model who works as a teacher, too. But lately she’s turned more than odd and very distant, dating someone she only refers to as “The Gentleman.” But it doesn’t turn really rough in their friendship until Lilly cancels their huge annual spring break getaway that Ace was so looking forward to.

All of a sudden, Lilly is thrown out of the school by a principal who is beyond mean. (In fact, she seems like a character from a Stephen King novel). Lilly is accused of having ‘happy time’ with one of her students. Chloe lands in the hospital beaten beyond belief, yet the small town believes her husband’s story about how she fell down the stairs.

Suddenly, Ace is on the rampage. She knows what’s really going on, and even though her friends and she are at odds, she’s going to do anything within her power to let the truth come to light. Bring back the sexy boyfriend from the past, and you have yourself a novel that is a great deal of fun to read

Quill Says: Readers will see themselves in Ace. From her nonstop sarcasm to the loyalty she has for her friends, this is one character that you will want to meet up with again.