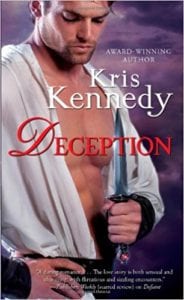 Bringing readers back to 13th century England, this tale focuses on Kieran, a man who has enjoyed many successes in the ‘confidence game’ (AKA: He’s a brilliant con artist). Unfortunately, he has also experienced one failure in the past that he has yet to fix in order to redeem himself.

Kieran has worked as a “Piper” which, loosely defined, is a man who plays a game by tempting extremely immoral wealthy men into deals with other extremely immoral wealthy men. This, for a time, was a very profitable way to live for a person like Kieran who has no conscience whatsoever. However, folks begin to turn the tables against Kieran which brings him to the edge of anger, and soon he’s planning to make them pay for their betrayal in order to be the one who gets the last laugh.

Everything for Kieran’s revenge is put into motion when a young lady from his past, Sophia Darnly, suddenly reappears and throws a monkey wrench into the whole plan.

Sophia is the daughter of Judge Darnly, who was hanged as a traitor. She’s on the hunt for her father’s ledger that contains deals made by the most evil and richest men in England which she needs in order to get her revenge on the people who have ruined her life.

As the plot thickens, Sophia and Kieran find themselves walking down the same path. Once lovers, Kieran left her and Sophia had been forced to disappear after her father’s tragic demise. After many ‘overheated discussions’ they decide to team up and go after the wealthy who deserve to pay for their mistakes and the real fun begins.

This book is not your usual romantic adventure that can be categorized among the ‘bodice rippers.’ Instead, Deception is a truly exciting and fascinating adventure with a plot line that will keep lovers of action/adventure on the edge of their seats.

Quill Says: A good novel that gives readers a thrill ride for the afternoon!