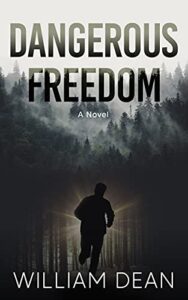 Once a serial robber on the FBI's Most Wanted list, Wallace "Bud" Baker spent half of his life in the Idaho State Penitentiary, and wasn't very surprised when he was recently denied parole once again. He openly admitted that, despite avoiding fights and generally keeping to himself in prison over the years, nothing dramatic changed. Except for the fact that, in more recent years, he found himself becoming a prison hero of sorts by studying law books for countless hours, and successfully bringing about much needed reform in the Idaho prison system. But unfortunately this wasn't enough of a positive transformation for a release from his life sentence. So it came as a major shock when, not too long after the parole denial, Bud was awoken in the middle of the night, given a bus ticket and fifty dollars, and was told that the governor gave orders for his immediate release. The catch? Bud was to take the bus to the Oregon coast, and from there he could go anywhere, just never back to Idaho, and he would never involve himself in any further lawsuits between the state of Idaho, or their prison system, otherwise he would risk being taken back into custody with no possibility of parole. He of course agreed, nobody would ever forgo their chance at freedom, but how was he going to survive in the real world with no money or job training because he spent over two decades of his life incarcerated?

Despite the seemingly insurmountable odds stacked against him, Bud arrives in the quiet town of Astoria, Oregon, and immediately begins setting up a new life for himself. His ultimate goal is to work and save enough money so he can return to a cabin that’s been waiting for his arrival in Alaska, near an area he fondly remembers from childhood, and quietly live out the rest of his life. However, Bud’s plans begin to change when he falls in love with a local woman who played a part in helping him get on his feet. Everything seems to be going well with his future, and their relationship, until one day his girlfriend asks him the ultimate question. Will Bud help her sister get her baby back, who was stolen from her a few months earlier while she was in the hospital. Will he break the law and risk his freedom, and a chance at living his dream life in Alaska, in order to right a wrong that happened to someone he barely knows?

William Dean, a former investigative journalist turned fiction author, writes a solid and enjoyable tale of suspense in his new novel, Dangerous Freedom. Along with the author's ability to vividly, but succinctly, describe the book’s settings, readers will find themselves quickly devouring the pages to find out what will happen next in this story, as the tension builds around the characters and the plot quickly unfolds. More than just a fictional story, Dangerous Freedom also provides readers with the ultimate food for thought that will linger in your mind well after finishing the novel - is breaking the law by kidnapping a baby from his adoptive parents justified, because in the end you’re doing the right thing by returning the child to his biological mother?

Quill says: Pick up a copy of Dangerous Freedom by author William Dean for a page-turning suspenseful read that will keep you thinking about the story well after you’ve finished reading.