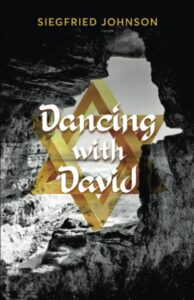 There are many events people crave to see firsthand. I have a list, actually, when it comes to some of the most amazing historical moments that I wish I could go back in time in order to watch them all play out. One has always been the birth of a boy in a manger. Now, no need to have a battle about religion, here; it’s just a personal wish that has increased over time. Author Siegfried Johnson took that miraculous moment and put an extraordinary “spin” on it. Not only was it appealing, it was also an in-depth plot that brought up the question of, before Jesus’ return, would God send another miracle child to Earth? And what would happen if it was a female this time around who went against the grain of religious expectations?

Siegfried Johnson took that creative thought and ran with it, utilizing an almost Indiana Jones-style journey that offers history, legends, and a protagonist who holds your attention from beginning to end. (A protagonist that just so happens to be an archaeologist who reminded me completely of the one who lived in my small hometown in Connecticut, which was incredibly cool.)

The author begins by taking us to the Mount of Olives in East Jerusalem where a pastor, Michael Tabash, has gathered people to hear a very important announcement – much like the one made long ago. However, this particular “replication” is talking about the birth of a little girl that occurred in a hospital less than a mile away from where they’re all standing, just thirteen hours ago on November 26, 2022. The pastor proclaims, because of a monumental discovery, that the child is a Divine soul that will help and guide all cultures, races, colors and nations to a place of peace.

Turning back the clock, it was less than a year ago, in January of 2021, that David Aaronson, a Hebrew University archaeologist, used his vast knowledge, background and intellect to go on a quest and discover a psalm by King David written on stone tablets. Being 3,000 years old, this discovery becomes widely popular almost overnight. After all, it was found near the historically Divine site of the Dead Sea, and is seen as an autobiography written by King David, himself, that’s dedicated to a completely unknown female referred to as the “Star of the Sea” (AKA: King David’s, Kochav Hayam).

Odd pieces of an incredible puzzle begin to come together. Strangely, the psalm talks about the existence of a hidden seventh tablet that can only be discovered by this unknown female. Now, back in the States, one of the archaeologist’s former students by the name of Stella Maris shared with the professor information about a dream or “vision” she’d been having since 1988. In this vision, she is dancing with King David while he calls her by the exact words: Kochav Hayam.

When headlines sweep the country about this discovery, Stella hops on a plane. She immediately heads to Jerusalem to meet up with the professor and attempt to help solve this strange mystery by locating the “ending” of King David’s psalm. What she brings with her is also the power to take Aaronson’s mind off his work. You see, he and Stella have a romantic desire for one another that dates back over three decades which they’ve both attempted to keep on ice, so to speak. But their attraction is still strong and could be “fired” up without too much work. Not to mention, their relationship could just be the catalyst that adds a glorious new path to history.

There is SO much to say about this plot that it’s almost impossible not to spew forth all the incredible scenes, locations in the Holy Land that the characters explore, and the numerous twists and turns this journey takes that are almost legendary. Of course…all I can say to readers is that this is one book you do not want to miss! The story is fast paced and leads up to an ending that is completely unforgettable, ‘starring’ both the evil of our enemies and the power of pure faith and hope we have in each other.

Quill says: Dancing With David is an exceptional tale that will leave readers of all genres awestruck!

For more information on Dancing With David, please visit the author's website at: siegfriedjohnson.com