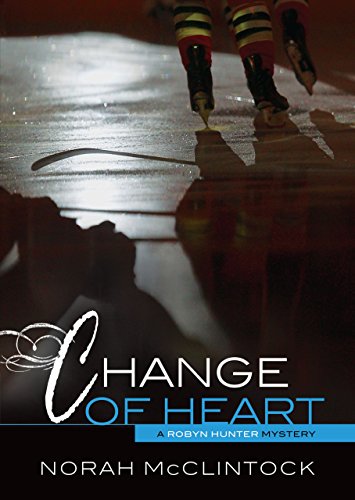 Robyn was really surprised that Billy Royal was outside the school fighting with Sean Sloane. Shocked might be a better way to put it. Billy wasn’t the type to hurt anything or anyone and even Morgan’s pleas to stop didn’t have any effect. Mr. Dormer’s would though and when he gave Billy a three-day suspension he’d have time to think about his actions. Robyn, Billy, and Morgan were all best friends, but when Morgan broke up with Billy to go out with Sean, there was a sudden schism in the group. Robyn had broken up with Ben because she was still pining over Nick, so she could relate on one level, but the fighting? It was a side of Billy she’d never seen and it was disturbing. There was something else she’d find out about him that was almost scary.

“Weird” was hardly the word for what was going on with Billy. He wouldn’t quit calling Morgan and was actually following her around. “He’s practically stalking me,” she told Robyn. “You have to talk to Billy. You have to make him stop.” Billy was into things like the Downtown Avian Rescue Club and animal rescue. What was going on with him? This spying bit was crazy and getting out of hand. Sean was a talented hockey player and purported to be the next Gretzky. He was the captain of his team and had everything going for him. Billy was a skinny guy who had nothing now that he’d lost Morgan to Sean. Jealously was at work big time and if Robyn couldn’t convince him to get a grip on himself there would be even more trouble.

Sean found himself becoming a target and it sure looked like Billy was the culprit. It didn’t help matters any when Tamara, Sean’s former girlfriend, decided she’d harass him too. Suddenly things went beyond simple school ground pranks and fighting. “Oh, Robyn,” Morgan cried out, “he’s dead. Someone killed him.” It looked like the vegan had turned vengeful and attacked Sean when he was alone in the arena. This time there was no mistaking who had done it. Billy had been seen leaving the scene and later the weapon was found at his house. Robyn’s dad, Mac Hunter, was a former cop and told her that Billy had hit the “trifecta of homicide.” He may have had motive, method, and opportunity, but Robyn was positive he wasn’t a murderer. Would she be able to prove Billy’s innocence or would the cops lock him up and throw away the key before she could do it?

Robyn’s stands to lose a lot when her best friend, Billy Royal, is accused of murder. With several cases behind her, this one is quite a bit closer to home, making it much more urgent to solve. Robyn is torn because both her best friends are at odds with one another. Morgan is convinced that Billy was capable of murder because of his incessant stalking and strange behavior. Unraveling the threads of this complicated mystery would be a definite challenge, but Robyn is definitely her father’s daughter and is up to the task. I’ve read several in this series and each one is unique and can stand alone. Romantic tension, torn friendships, and unexpected jealousies turn this mystery into an intriguing one. This has turned out to be a solid series that young mystery buffs will enjoy.

Quill says: The Robyn Hunter mysteries will definitely appeal to young readers who like a good solid mystery!