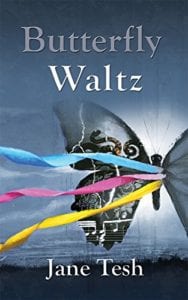 A beautiful young woman, Kalida, had grown up with the destructive and conquering ways of her people down deep in a place called The Caverns, but one day she hears music and she is forever changed. Suddenly she feels as if she does not fit in her world and that she needs to be somewhere else, to start a new life. So, secretly she runs away from The Caverns and travels through to another world, our world called Earth. Instantly Kalida is transfixed on the amazing green color of the grass and the gold tint of the leaves for she has never seen colors like this, so vibrant and alive. This is where she decides to stay and makes a quiet life for herself away from prying eyes, quietly existing in the woods. However, one day there comes the sound of music like nothing Kalida has ever heard before and it calls to her, beckoning her to come out of the woods and come closer. Everything inside her pushes for Kalida to go find who is making this wonderful music and she finds that she does not want to resist.

Becoming a successful musician was becoming harder and harder for Des Fairweather as he was finding out that it was difficult to even get started. He had a few students who took lessons but that hardly paid the rent each month and he also had not composed any of his own pieces in months, as each time he sat at the piano the music would not come to him. As if things could not get any worse, Des’s friend Jake comes by to tell him that he needs his help to track down the latest story Jake is working on for The Galaxy, the newspaper he works for. The article is about a woman's garden that supposedly has talking flowers. Even though Des did not particularly enjoy these crazy trips with Jake he agrees to go as his music writing was going nowhere.

As they approach the woman’s house Jake comes up with a story that they are writers from City Gardens Magazine who have come to hear her talk about her garden. Surprisingly the lie works and they find out the woman’s name is Christine. As Jake asks her questions, Des notices that she has a beautiful piano sitting in her living room and without thinking he sits down to start playing. Amazingly a beautiful waltz melody comes easily to his mind as his hands slide over the keys effortlessly. Suddenly he looks over to the window and sees an overwhelmingly beautiful woman with long black hair standing there watching him. By the time Des stands up to get a better look, the woman has vanished. Des shakes his head thinking that he knew she was real, not just his mind playing tricks on him, and most importantly he must see her again.

This book did a wonderful job composing a story of two lives brought together by fate as two worlds cross. Author Jane Tesh creates two characters who I could not help but relate to as they both were having struggles in their own lives but together everything seemed to work out. It was so easy for me to picture in my mind the way music affected these two characters as Tesh puts such incredible detail in the emotions of her characters which made for a wonderful read.

Quill says: An incredible fantasy novel that had me swaying to the music along with the characters.