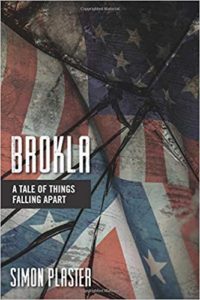 We begin with the ever-vigilant—and slightly angered by the establishment when it comes to granting her a story that will win her the Pulitzer—reporter by the name of Henrietta. For those who have been reading this series, leap for joy that this amazing female protagonist is back and better than ever. For those not following Henrietta, the heck with you. No, just kidding, jump on board so you don’t miss this one!

From a small town, she is pure Oklahoman when it comes to her spirit and desire to “be all that she can be” in the journalistic world. This time around, she is filled with glee, considering that her boss, Nigel Fleetwood, at the local newspaper she works at – SCENE – has offered her what she feels is a juicy assignment, one that will perhaps bring her the fame she has longed for all this time. Readers sit beside Henrietta at a Town Hall Lecture Series (one that will bring back memories for all small-towners, like myself). Her assignment? She is to cover the Lecture Series and soon finds herself delving into the life of a “top secret” colonel who has a resume of monumental proportions. We’re talking about a “think tank” expert from a foreign government who’s using his time in the ‘spotlight’ to speak about a variety of subjects that include prophesies about how the United States will fare in the future. But he is not the only one Henrietta meets up with. Sitting at the table with Colonel Top Secret is Agent X; his job is to interpret the horrendous and dastardly predictions that this foreign military leader is voicing.

We proceed on a trip of monumental (and extremely humorous) proportions, as the author—through his memorable cast of characters—takes on a great deal of issues and makes them not only more interesting, but also sheds new light on points of view that need to be heard more often. To name a few: the U.S. headlines that have brought about controversy since Trump has taken office; a possible secession of one pretty large state that would make the U.S. map look more than a bit ridiculous if it were to happen; and even sports subjects, such as the intense rivalry between the Lone Star State and Oklahoma when it comes to their shared passion of football.

From Henrietta’s never-ending fight to be the best at what she does, to the never-ending Sooner fight song which is prevalent in this tale, every “battle” Simon Plaster takes on makes you want to stand up and salute. Webster’s defines satire as a “trenchant wit, irony, or sarcasm to expose and discredit vice or folly.” Some reviewers, readers, and others call Simon’s work satirical. I believe that doesn’t fully fit the bill. For me, there are authors who are so good at what they do they have become kings or queens in their specific niche (i.e., the ultimate King in the realm of horror). When it comes to Simon Plaster, to me, he has become the King of satire, and no one should miss a word of it.

Quill says: Sarcasm (done well) equals a happy life. By reading the unforgettable Henrietta’s stories, you are on the right path to absolute happiness.

For more information on BROKLA: A Tale of Things Falling Apart, please visit the author's Goodreads page at: Goodreads.SimonPlaster.com