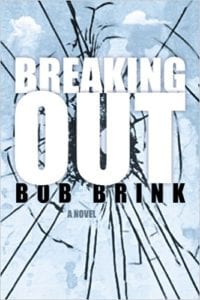 Britt later would describe himself as an extrovert, something that somehow didn’t quite mesh with reality. He was painfully self-conscious, so much so that he was horrified at the thought of even crossing the path of fellow students as he made his way to his seat at a Mayfield High basketball game. No eyes were focused on him nor his friends Bobby and Martin, two friends who didn’t “get” his urgent request to take a more hidden, inconspicuous route to their seats. Britt would have enjoyed receiving attention on the home front, but in a family of six, it simply wasn’t going to happen. His older brother, Kevin, was the focal point of the family. Yes, he was a dutiful son, but what did it matter that he worked hard at Noll’s Drug Store, had good grades, had a paper route, and went to the United Presbyterian Church with the family? It didn’t matter one whit.

It was humiliating when his father, Milton, made fun of him, but after a while Britt simply resigned himself to being a nobody nowhere no how. Even his mother, Miriam, couldn’t manage to rouse herself to say a kind word about him. In the Rutgers’ family “Life was about work — and God.” (pg. 17) Maybe his brother could be included in that lineup too. Britt’s life was turning out to be one miserable day after another. He knew nothing about sex, but knew he was “smitten with Jane Jansen” at the UP church. Sex before marriage and drinking were an anathema to him. It was obvious that hard work on the family farm should be a reward unto itself. What would transpire after his obligatory stint at Mayfield was of no interest to his family. His teachers saw a young man with potential, but even Britt thought the best he could possibly do would become a “professional typist,” but when he mentioned the idea to his parents, they merely shrugged.” (pg. 34)

Britt’s oversensitive reaction to a boyish prank his friends played on him at the bowling alley practically rendered him catatonic. He decided to confess his insecurity to his parents and quickly dissolved into tears as he described his miserable life. A simple sentence uttered to his parents would alter his life: “Sometimes I think about ramming the car into that tree on the way home from Noll’s on Saturdays — you know, the one on the gravel road just when you turn off Highway 6.” (pg. 38) All attention then swung in his direction, but not of the kind he wanted. The words “nervous breakdown” passed his father’s lips and soon he found himself gracing the corridors of Woodside Sanitarium facing electroconvulsive therapy. Britt was still uncertain as he approached his third treatment, but Jim reassured him, by saying, “What it does is cause you to forget a lot of things that have happened recently in your life, so you won’t be bothered so much. But later it all comes back, when you can deal with it better.” (pg. 100) But would he forget all those things that made him miserable? Would he be able to forget that he was Britt Rutgers, a young man no one really cared about? Would he really be able to “deal with it better,” if ever?

This is a stunning, yet subtle exposé of what one young man had to endure at the hands of psychiatry instead of coming of age on his own terms. Eventually Britt may or may not have dealt with the Rutgers’ religious beliefs and his own insecurities, but unfortunately this process was interrupted by repeated hospitalizations that included what at that time was considered to be an innovative therapy. This novel carefully interweaves Britt’s questioning dialogue with those around him with the numerous, frightful tentacles of electroconvulsive therapy (ECT). If the reader is expecting a blow by blow description of ECT, he or she should look elsewhere. This is a realistic portrayal of a young man who could have been one of the millions of people in the 1950s and 1960s to have undergone this treatment. This is no crescendo leading to a shocking end, something that I was subconsciously looking for, but never found. What I did find was a life that could have been much different had he simply been allowed to deal with his own growing pains and moved into adulthood unscathed, save perhaps a few sour grapes memories. The style and the tone of this novel capture the essence of the era with aplomb, a commendable feat given the difficulty of the topic.

Quill says: The plight of a young, frightfully insecure young man, Britt Rutgers, is brought to life in a raw, powerful way that can only be found in real life, in the mental institutions of yesteryear.

For more information on Breaking Out, please visit the author's website at: www.BobBrinkWriter.com